There are some things store employees shouldn't have to put up with. 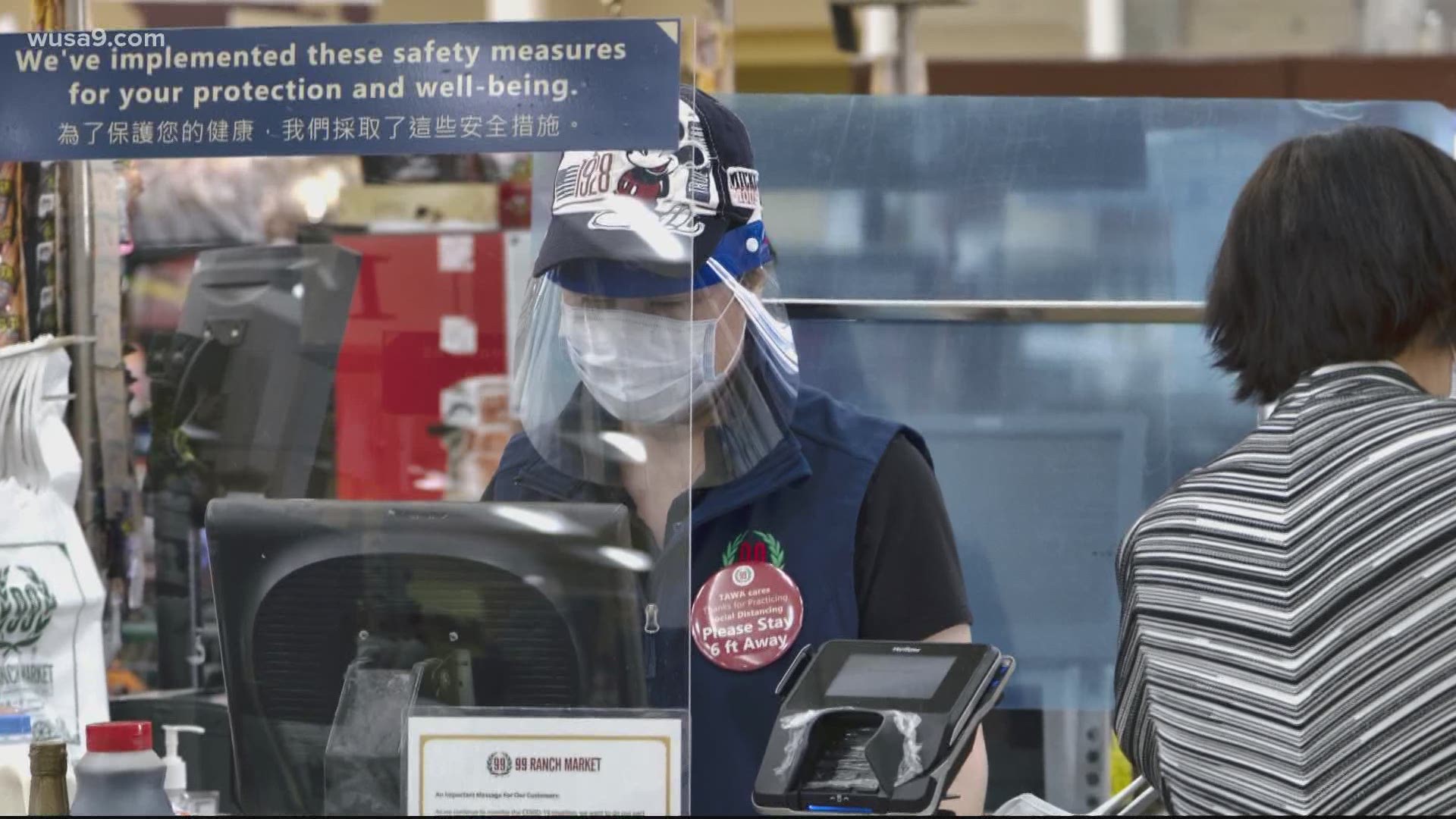 WASHINGTON — With all that has been going on the last few months, I don’t think enough can be said about what our front-line employees have been going through while dealing with this pandemic.

I’m talking about those people who work in forward-facing jobs that deal with the public daily. They’ve been on the essential battlefield since day one, putting themselves at risk to serve us. At grocery stores, drug stores and restaurants doing carryout, they’ve shown up despite the threat of the virus. Doing their jobs and doing them well.

This alone should be reason enough to thank them daily, but now they have a new threat to deal with -- or maybe it’s one that’s always been there: Us. The public they are trying to serve.

Per CDC advice, some grocery chains have chosen to make it mandatory for customers to wear masks while shopping. Obviously, this is being done for public health and safety, as well as the safety of employees. Yet for some this seems to be a bridge too far. In two separate videos, one from Costco and one from Gelson’s, a California grocery store, customers can be seen passionately arguing for their God-given right to shop mask free.

Both videos, shot by the civil rights warriors themselves, show employees calmly and civilly explaining store policies, and in the case of the Gelson’s video, even offering to provide a mask.  Both times these customers, rebelling against the persecution of man, raised their voices in protest. As Costco man says:

“I’m not doing it because I woke up in a free country,”

Right. Because nothing says oppression like being asked to think about others.

In neither video do the employees lose their cool, and that’s where my respect for these workers jumped up another notch. I would have wanted to respond with great vengeance and furious anger, but not them. They simply thanked the customers; telling them they have to leave and sending them on their way.

One of the Gelson’s employee does serve up some shade by throwing in a little dance, but it made me laugh, so I appreciated it.

We’ve been asking a lot of the service industry these last few months. And they’ve been patiently delivering. There is no reason in the world why they should have to deal with this type of nonsense. But they’re out there supposedly suppressing freedoms with a soft voice, and a little two step.

Let me just say, from the rest of us, thank you guys for showing up and staying calm in the face of ignorance trying to show out.

RELATED: Costco eases restrictions on number of customers that can enter

RELATED: VERIFY: Are masks required at grocery stores in DC, Maryland and Virginia?