Student-athletes have discovered their power, and are trying to start a long-lasting movement. 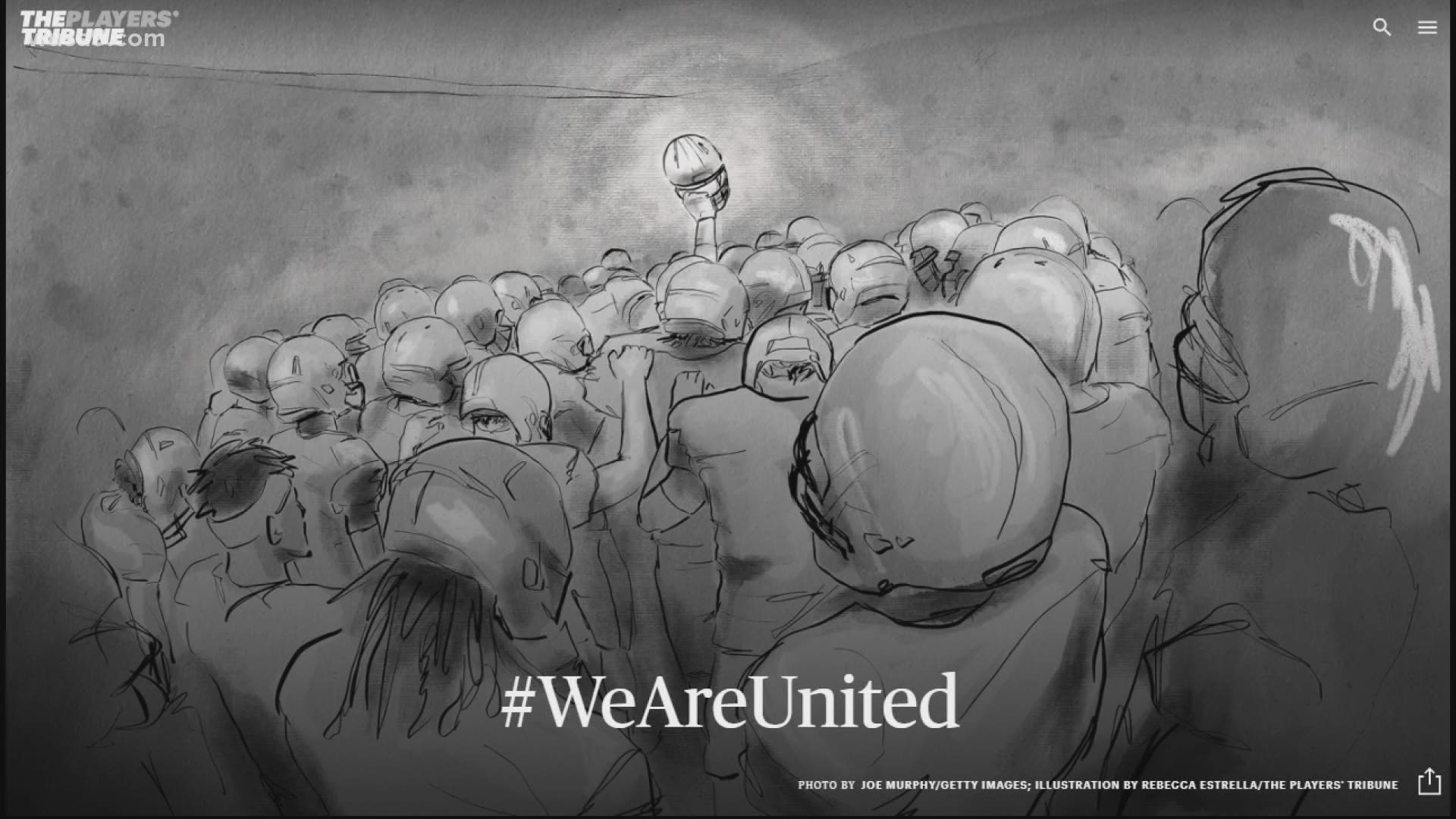 WASHINGTON — There is a movement beginning in college football. A campaign that, whether successful now or not, will ultimately change the way the power brokers there look at student athletes. They will be forced to see them as more than just commodities, to be used and discarded as they see fit.

Early this week, student athletes in the PAC 12, the Pacific Coast Conference, published a list of their wants in The Players Tribune. Under the hashtag, #WeAreUnited, they clearly laid out their concerns: Improvements in health and safety protection;. Economic freedoms and equity; Protections for their fellow athletes that play less high-profile sports. And a serious commitment to the pursuit of racial justice. While this seemingly started due to schools' handling of athletes in relation to their upcoming season and the coronavirus, this moment has been a long time coming.

College sports are big business, bringing in well over $1 billion a year. The lion’s share of which comes from football. A share that the players see none of, even as they put their bodies on the line weekly to generate it.

No, they’re not. They’re paying for their “education” through sweat and pain equity. And if they should get injured, that path to an education can, and most likely will, be taken away.  Even if they don't, macroeconomics was hard enough without me having to get up for 5 a.m. practice--it’s not the same.

These athletes have no legal recourse, no representation. They are not allowed to have any. Why would you think that is?

There have been efforts to unionize players before, but they were put down quickly. Why should this time be any different?

Because the coronavirus has exposed not only how valuable they are, but how flimsy the veil of amateurism and excuse of student athletes was to avoid paying them in the first place.

It's hard to tell me they're just like everybody else when everybody else is at home distance learning. Knowing their value, they now have a bargaining chip. They have power. We’ve seen flashes of this power used by players before (look up the president of the University of Missouri’s resignation), but like a lot of things happening right now, this time feels different.

They’ve put the system on notice. Power concedes nothing without demand, and they are demanding to be treated as partners rather than disposable pieces. One thing I can say for sure, they're certainly gotten a good education.