The Washington Football Team honors their coach during a very special moment in today’s Most D.C. Thing. 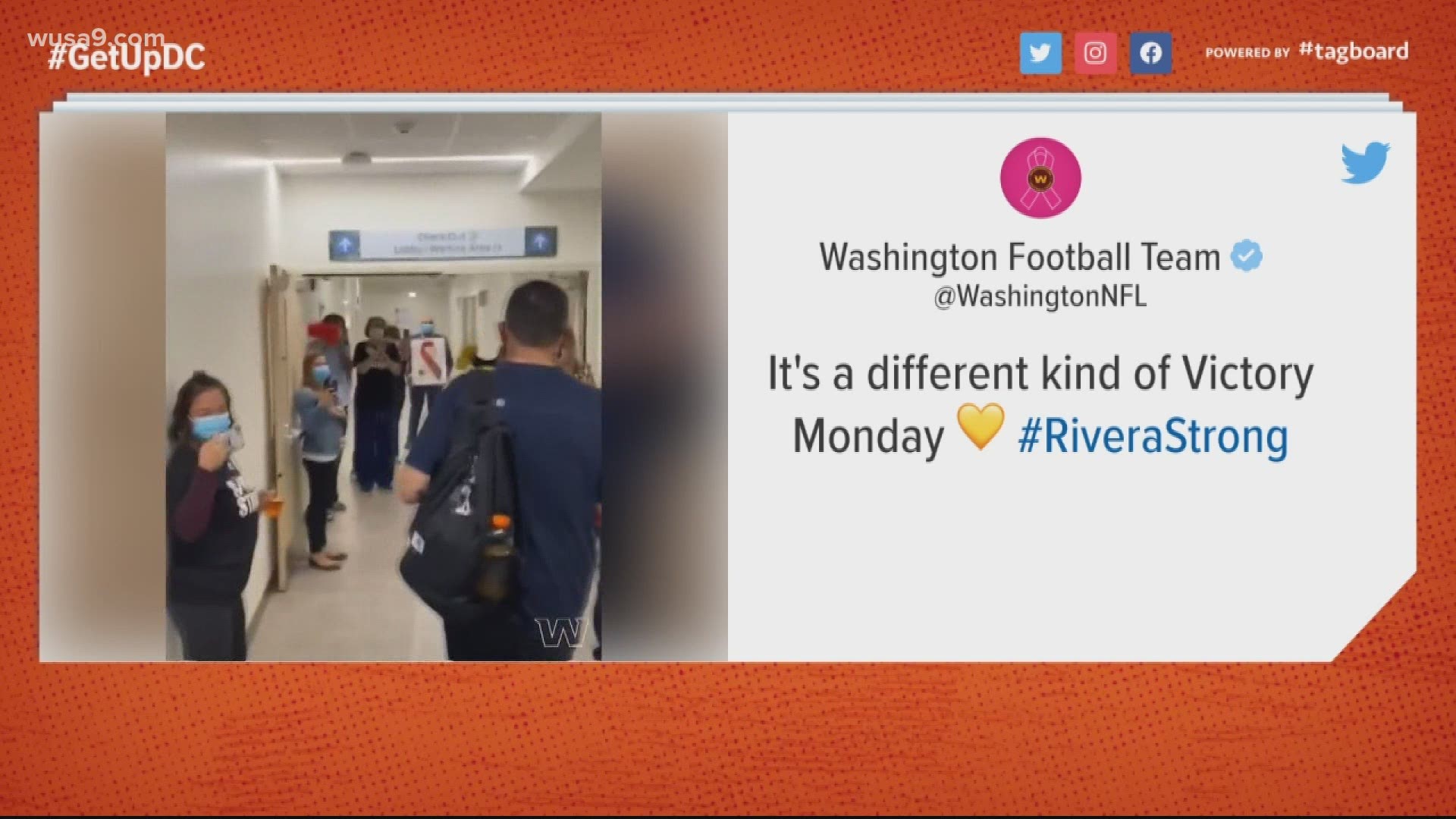 WASHINGTON — Today’s Most D.C. Thing comes to us from the Washington Football Team and their coach, Ron Rivera.

Rivera finished his final round of cancer treatments for squamous cell carcinoma Monday. The team commemorated the moment by tweeting a video of the celebration following his final treatment as well as the moment when he rang the bell to signify completing his last treatment. They captioned it with the words “It's a different kind of Victory Monday #RiveraStrong.”

This is amazing news. Coach Rivera managed to deal with this without missing a single game. All of this during a season that’s seen everything from a pandemic to a name change and we’re not even at the bye week yet. #RiveraStrong was the perfect hashtag because he’s shown an incredible amount of strength and dedication during his brief time here in the Nation’s Capital.

This is the Most D.C. Thing for multiple reasons. For a city with almost as many Cowboys fans as fans of the Washington Football Team, it’s safe to say that the bulk of us were pulling for Rivera to beat this as some things are much bigger than the game of football. It’s also the Most D.C. Thing as we are a passionate city. A city of fighters. Rivera’s courage only endears him to us more.

Finally, it’s been a tough year for most people, so seeing a feel-good story like this is encouraging and inspiring to us all. Thank you for that, Coach Rivera.