Following the Fauci Pouchy, and the Pina Kamala, comes the Trumpkin Spice Latte and the Joe Imbibin'. 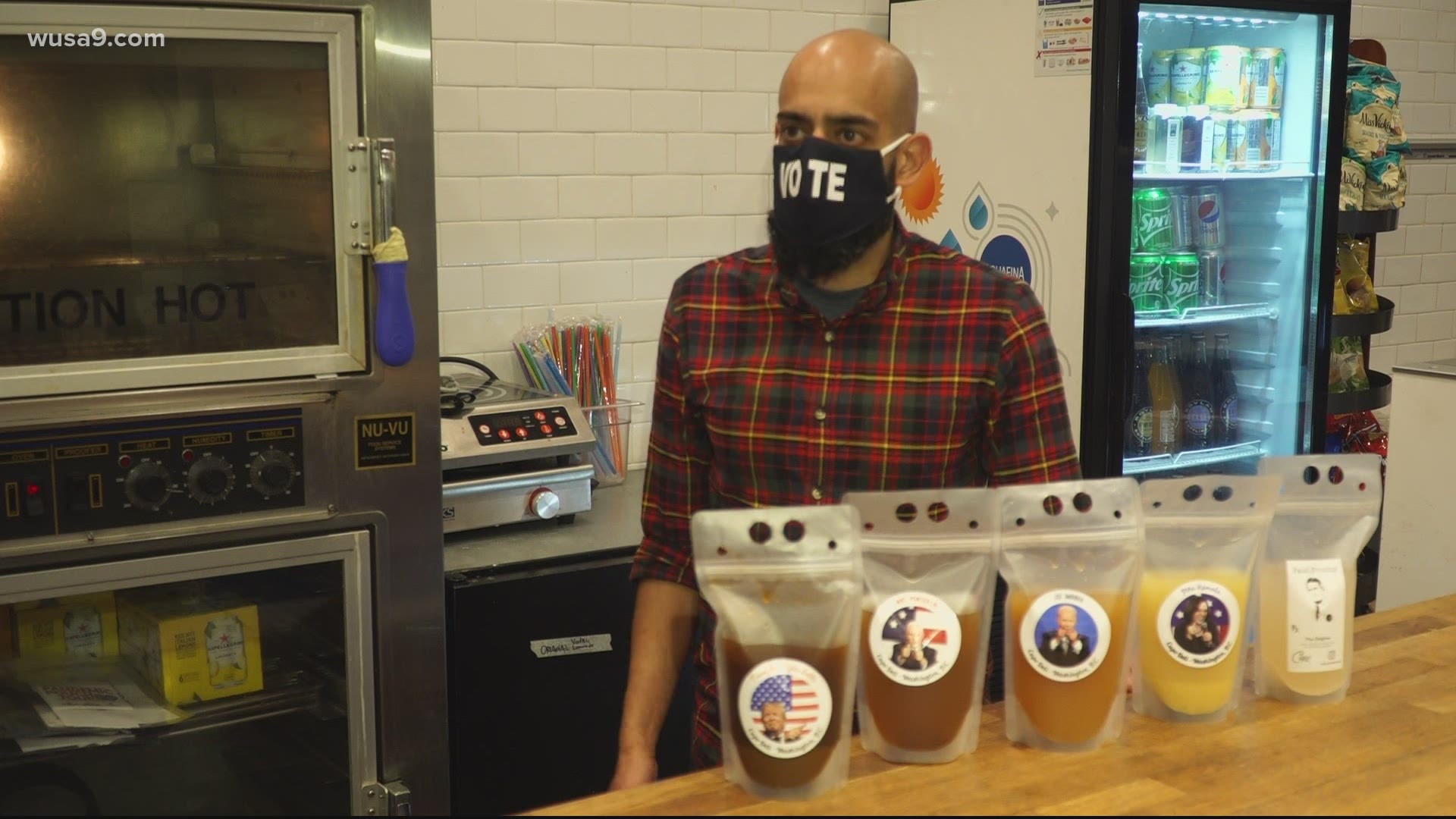 WASHINGTON — Today’s Most D.C. Thing comes to us courtesy of D.C.’s Capo Italian Deli on Florida Avenue NW. Capo is the same deli behind the popular “Fauci Pouchy” drink in a plastic pouch.

Now, they're back at it again for the presidential candidates, with the "Trumpkin Spice Latte" and the Joe Imbibin' drinks.

As we've said before, nothing says D.C. more than the intersection of politics and drinking.

RELATED: Mike Pence and Kamala Harris get their own cocktail pouches | Most DC Thing

Politically themed happy hours will always be a D.C. Thing. Even if we have to get them delivered via DoorDash.

RELATED: Here's a drinking game for the vice presidential debate | Most DC Thing