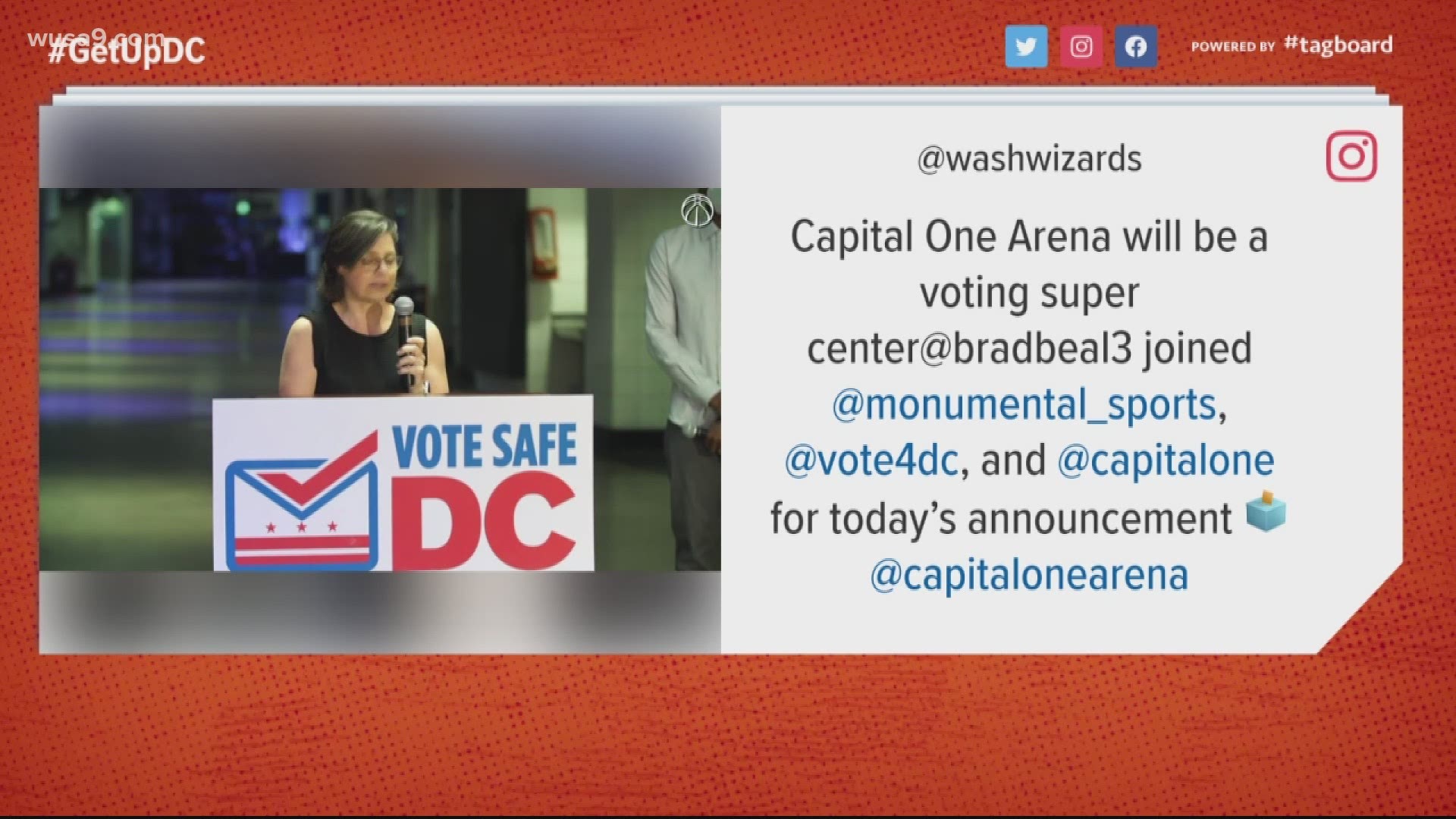 WASHINGTON — Today’s Most D.C. Thing comes to us courtesy of the Washington Wizards, who posted a video announcement on their Instagram account with the caption “Capital One Arena will be a voting super center. Bradley Beal joined Monumental Sports, Vote 4 DC, and Capital One for today’s announcement at Capital One Arena.”

During his speech, Beal announced his plans to cast his ballot for the first time, admitting, “I was someone who thought my vote didn’t count.” He then said that through the process of education and growth, “I stand here and say it does.”

Any eligible resident of D.C. will be able to register to vote, cast their precinct-specific ballot or drop off paper ballots at the arena. The hope is that this will allow for social distancing and reduce lines at the polls.

This is the Most D.C. Thing for multiple reasons. First and foremost, it will serve the citizens of D.C. at a time when voting is facing unprecedented challenges.

Secondly, Bradley Beal has been actively participating in the protests going on in this city over the past year and his voice is influential. His willingness to publicly admit that he was wrong about the importance of voting and then following that up with action will resonate with the young people who look up to him.

Finally, if any city knows the importance of voting, as well as the impact of not having a vote, it’s D.C. Taxation Without Representation is right there on our license tags. The only way to do something about that is to get the right people elected.

The Wizards and Capital One are looking out for you, D.C. All you’ll have to do is head over to Gallery Place and meet them at the polls!