The musical “All Wigged Out” is inspired by a season Marcy Marxer never thought she would walk through. 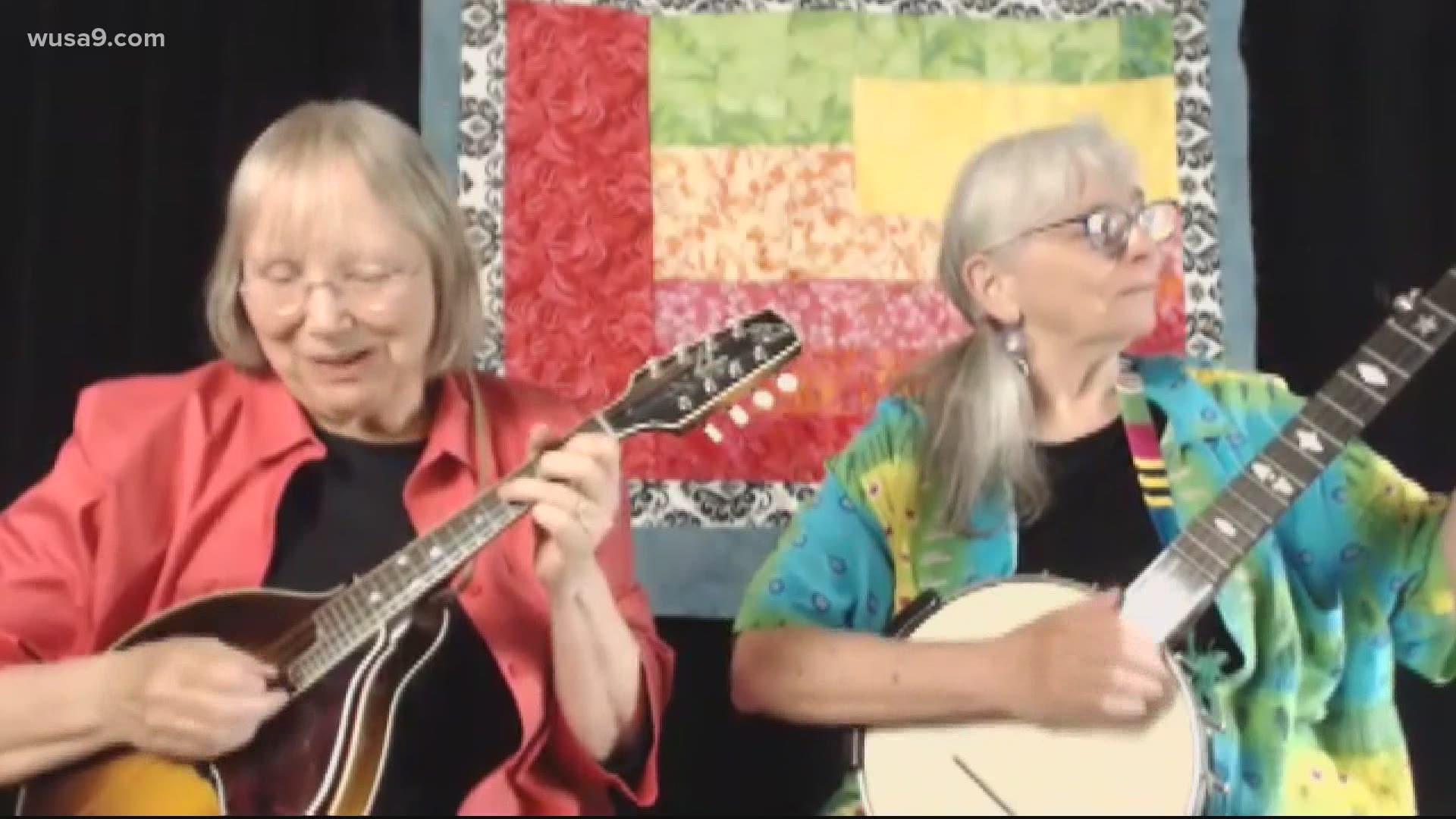 WASHINGTON — Marcy Marxer and Cathy Fink are both Grammy-award winners with ties to the DMV.

In the summer of 2015, Marxer was diagnosed with breast cancer.

“The doctor came in and said, 'We are going to need to do a biopsy tomorrow.' That was my clue that something pretty serious was going on,” said Marxer.

During the six-year battle with breast cancer, they decided to pick up their instruments and use their story to inspire others.

“ALL WIGGED OUT is a new musical that we’ve been working on for about three years, and it’s based on Marcy’s cancer experience with breast cancer," said Fink.

The musical follows Marcy’s journey from the first mammogram to the last chemotherapy pill.

“I just started writing things down, talking to other patients immediately and comparing hilarious things, difficult things and how we got through challenges," said Marxer.

RELATED: 'It's part of the healing we needed' | Sisters empower Black women living with breast cancer through DC non-profit

"The goal of the play is not just to tell Marcy’s story, but to help medical professionals, friends, family and even strangers learn how they can best support those with cancer while keeping a sense of humor," said Fink.

During her cancer journey, Marxer would turn to humor by creating images she would share with others online.

"They were cartoons but they were more like tips for people going through something," said Marxer.

This spring, Marxer reached another major milestone when she took her last chemotherapy pill.

"It’s just a different lifestyle. It’s a different way of looking at the world and taking care of yourself. Paying attention to every detail that you feel and just making sure that everything is okay," said Marxer.

"Hardly anyone these days is not touched by cancer in some way, either directly or via friends and family. The goal of the play is not just to tell Marcy’s story, but to help medical professionals, friends, family and even strangers learn how they can best support those with cancer while keeping a sense of humor. Marcy, and her partner Cathy, were blown away about what the doctors didn’t say, but help others understand what questions to ask the doctors, and what things friends and family shouldn’t say," they shared in a gofundme page.

The show was scheduled to make its theater debut in the summer of 2020, but was canceled due to the pandemic. Instead, they decided to film the performance and broadcast it, potentially reaching a larger audience.

In order to pay for the pay per view stream broadcast, they launched an online fundraiser.

Their goal is for the broadcast to air this October for Breast Cancer Awareness Month.