Black Lives Matter: There is nothing political about these three words

Politics have no bearing on the words Black Lives Matter. 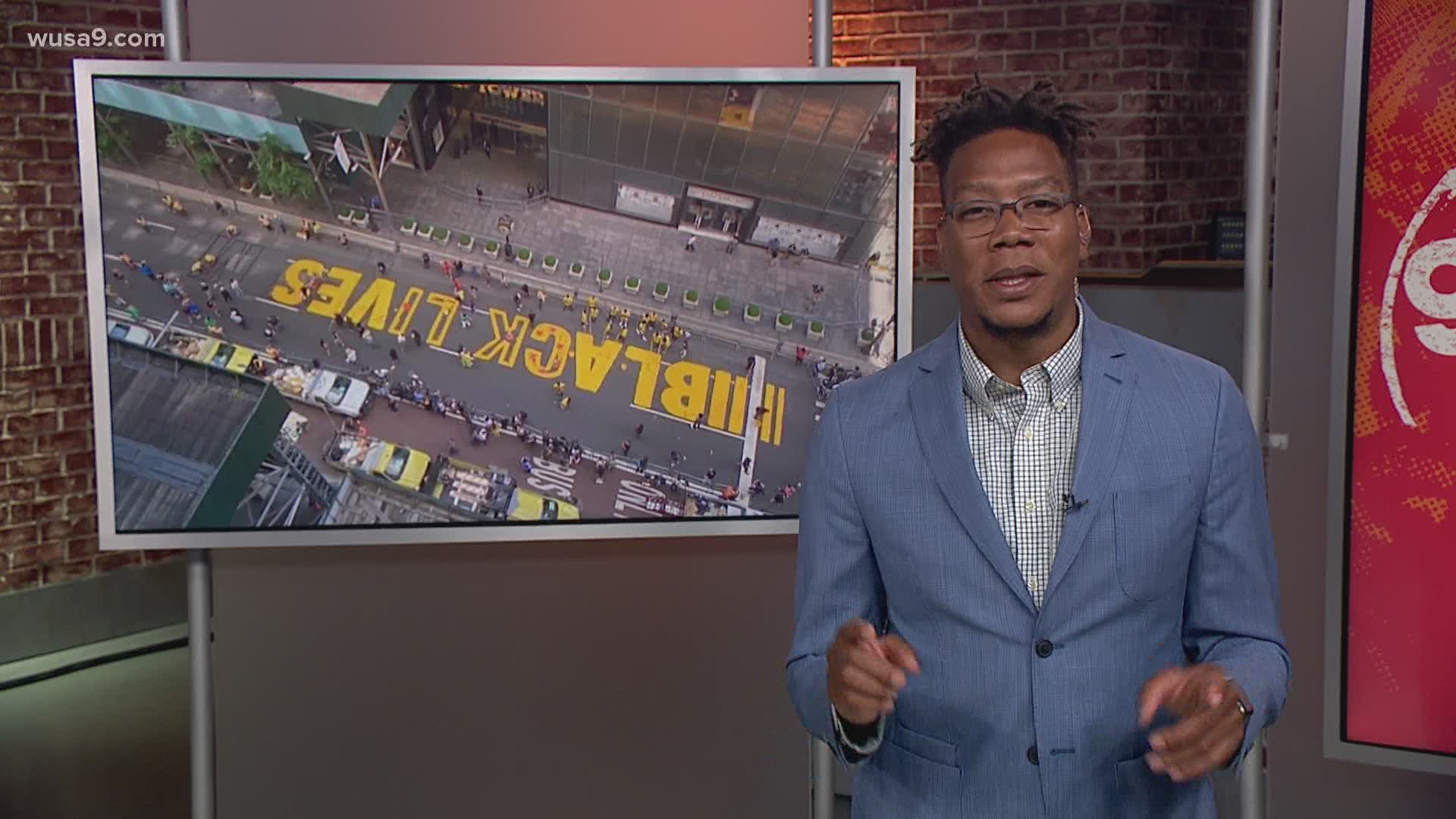 WASHINGTON — Recently Georgia Sen. Kelly Loeffler wrote a letter to the WNBA objecting to the league’s involvement in social activism. Sen Loeffler is a co-owner of the Atlanta Dream, and she took exception to the fact that the league plans to embrace the phrase Black Lives Matter. They plan to put it on team warm-ups, jerseys and on court floors for everyone to see. Loeffler wrote in her letter that she was incredibly disappointed by this decision, calling it an insertion of politics into sports, a place where she feels it doesn’t belong.

Several corporations have told employees that they can’t wear any apparel that has the phrase on it. In some cases, employees have been pulled off the work floor, even fired. They've been told that the phrase qualifies as a “political ideology”, and that they must remain neutral while on the clock, so as not to upset or cause hostilities.

Our president even weighed in, calling the phrase a symbol of hate after New York Mayor Di Blasio opted to paint it on Fifth Avenue in front of Trump Tower.

Being honest, this seemed like a little bit of a troll move, but still, think about what's being said. Asserting that your life or that of your Black friends, relatives or colleagues merely matters is a symbol of hate. Me saying my life matters is political. Which means there's another side? What is it? That my life doesn't matter?

What is it about this phrase Black Lives Matter that causes it to be viewed as a political ideology? Seen as hate-filled?

The phrase, growing out of the soil of injustice, seems undeniable. And yet, the meaning of it, the impetus behind it, still seems to be in doubt. Or it's willfully being misinterpreted in a bid to silence the voices saying it.

In fact, the fervor in opposition to the idea that Black Lives Matter only reaffirms why the movement is necessary. I've known our justice system needed an overhaul for quite some time, that police brutality required more attention from the public for quite some time, but at no point did I think I would have to debate or defend the very idea that my life mattered. I thought, at least for appearances, that wouldn’t be opposed. But what's happened, quite frankly, is embarrassing and should be for all citizens of this nation.

There is nothing political about these three words. The founders of this movement, the originators of the phrase, have been very open as to what it’s about: A search for equality, equity and equal justice.

Black Lives Matter, not more than others, but for too long, they've mattered less. That's why we say it. Hopefully, someday soon, we won't have to.

WNBA jerseys to include names of women who died from violence, brutality https://t.co/FGWFoQvJwu