So forget Popeyes and Chick-Fil-A. We wanted to figure out which local restaurant in D.C. has the best chicken sandwich. 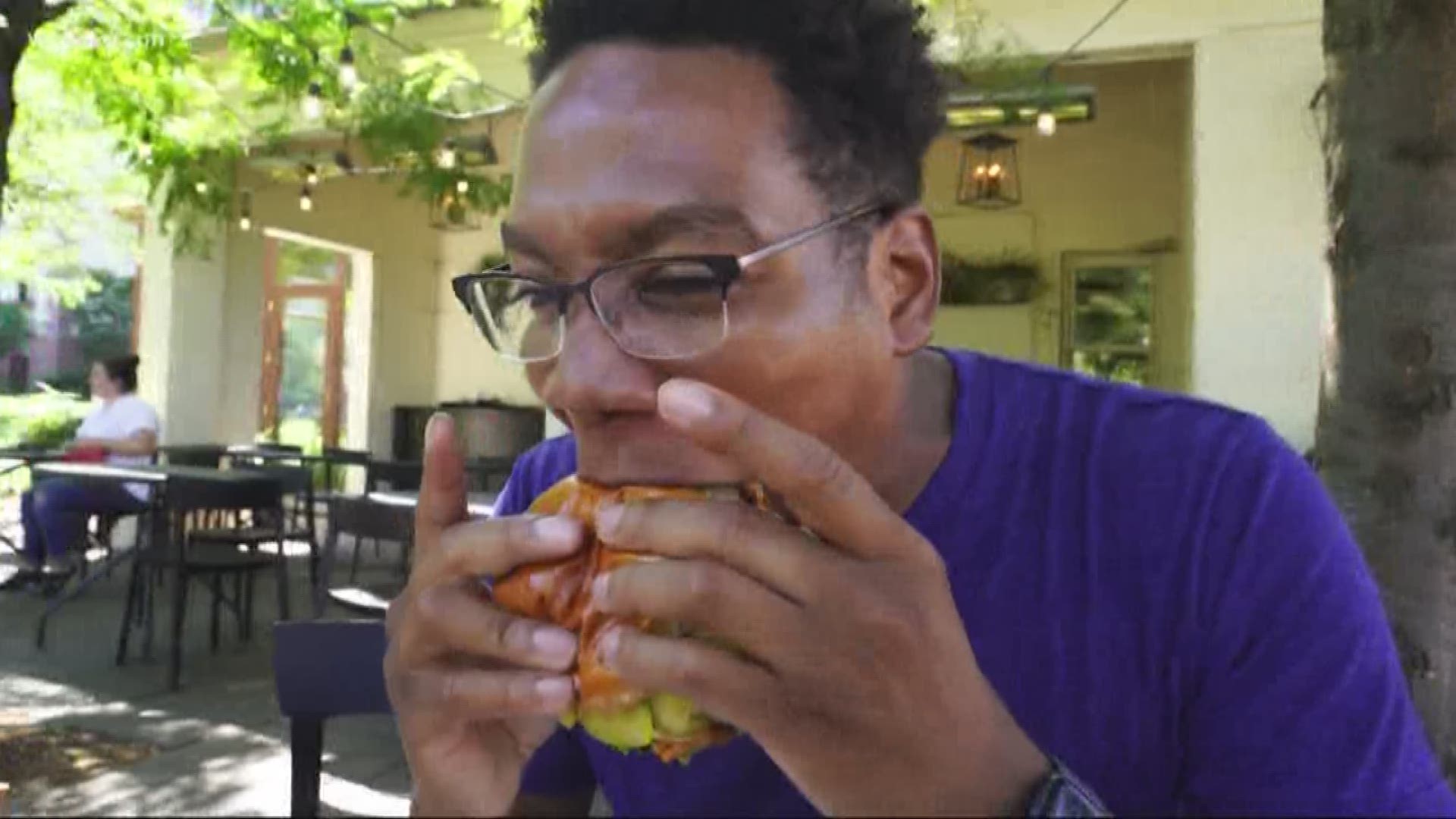 WASHINGTON — You’ve heard about the ongoing beef over chicken. It’s between Popeyes and Chick-Fil-A, and who has the better chicken sandwich.

This all started online when the two chains started fighting, leading to mass hysteria across the country, everyone running around like headless chickens trying to get their hands on a sandwich. It got so bad Popeyes said it sold out of them!

So forget Popeyes and Chick-Fil A. We wanted to figure out which local restaurant in D.C. has the best chicken sandwich.

#GetUpDC Host Reese Waters went on a hunt to find out.

First up he went to Little Pearl, a small café in Southeast D.C., which looks like the church of fried chicken:

They served up a spicy fried chicken sandwich with Yemeni hot sauce, pickles and Bibb lettuce.

This burger had a lot going on. It was quite the experience and brought the heat. The use of chicken thigh was a nice touch, meaning it was nice and juicy. It was covered in pickles too. If you don’t like onions though, this one might not be for you. Reese was not a fan of the onions.

The second was a spot everyone has been raving about on social media. We heard you. So Reese went to Roaming Rooster.

This not so hidden gem in Northeast has blown up in popularity lately. The line was nearly out the door, and people were happy to wait the 15 or so minutes for their meals to arrive, and boy they were not disappointed.

This is a legit chicken sandwich. A big serving of chicken which is fighting the bun and trying to escape. It was greasy yes, but, when you think of a fried chicken sandwich, this is the image which pops into your head. Trust us.

Finally, Reese thought he’d try something different. Ditch the buns, and replace them with donuts. That’s the specialty at Astro Doughnuts and Fried Chicken. The downtown chain has a few locations around the country. Their doughnuts are pretty great too. They even have a Girl Scouts Samoa flavor!

This was the simplest of the chicken sandwiches. A Fried Chicken Sandwich on a doughnut bun with Hot Sauce and Honey Butter

There was such a great balance between sweet, savory and spicy between the doughnut, chicken and hot sauce. A true classic which is hard to go past.

We have a winner!

If you know of any hidden gems around the DMV, let us know so we can feature them in our segment ‘The DMV You Don’t Know’.

Hit us up with #GetUpDC or shoot Reese an email at RWaters@WUSA9.com