From 2000 to 2009, Art on Call refurbished 145 call boxes around the District, showcasing local artists. 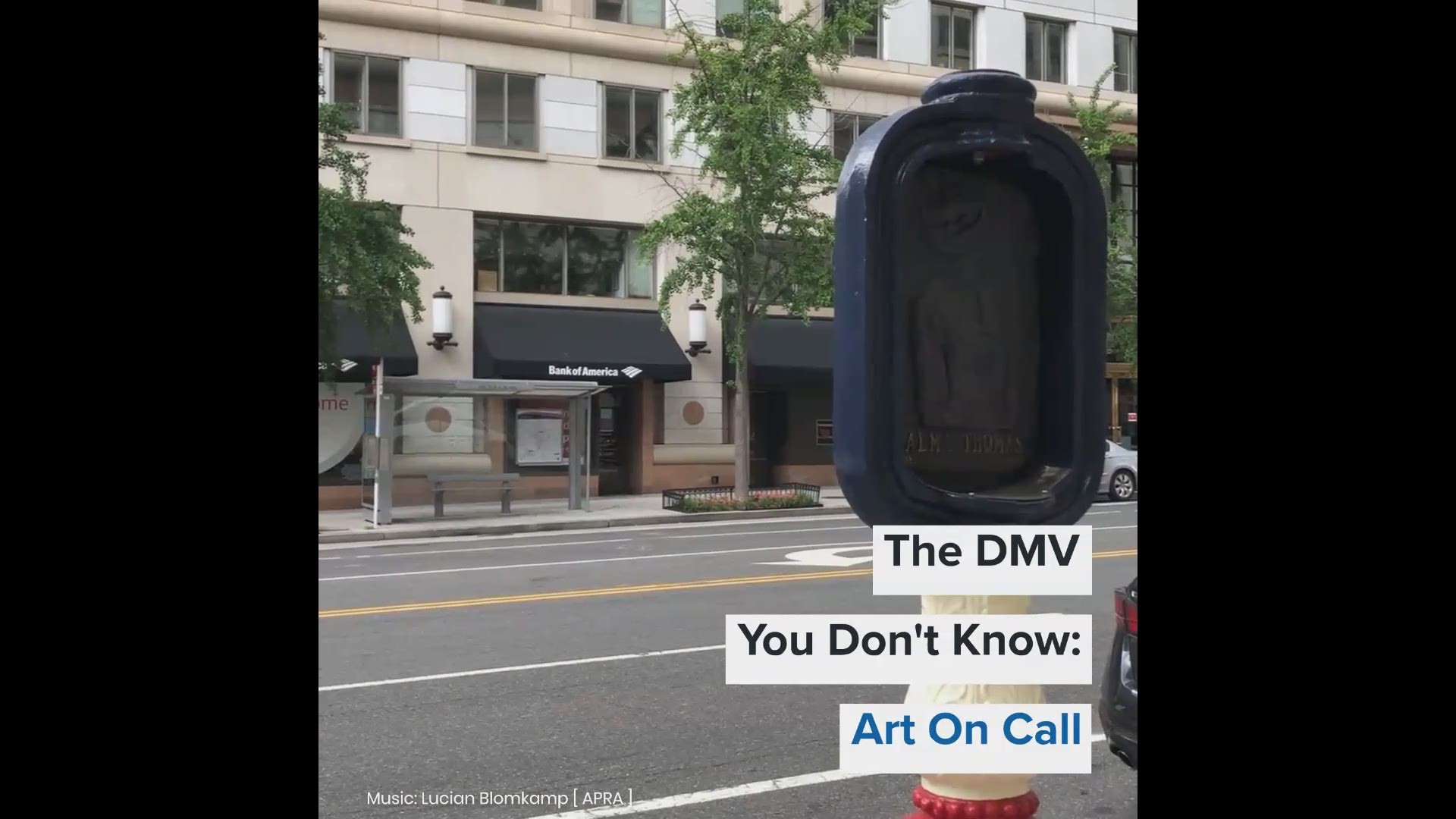 WASHINGTON — Before the age of two-way radios, police and fire call boxes could be found on numerous corners across the District of Columbia. The first installations of these boxes began as early as the 1860s.

Firefighter call boxes were connected to a central call station and emergency responders would receive a telegraph of which box to dispatch to.

District police installed their own set of call boxes in the 1880s. Officers would patrol neighborhoods and use the call boxes to check in with local precincts for any emergencies.

With the inventions of radio communication and the 9-1-1 system, many of these call boxes became obsolete in the early 1970s. Most of the electronic components were fully removed by 1995. The call boxes remained throughout the city, too heavy to remove as they rusted and deteriorated.

Cultural Tourism D.C. led Art On Call, a city-wide effort to restore the call boxes into public art. From 2000 to 2009, they refurbished 145 call boxes with paintings or sculptures, showcasing local artists and giving a brief history of the neighborhood they resided. Other neighborhood organizations began to help restore their own call boxes, creating a theme, idea or specific color representative of their own community.

Eight new public art call boxes were unveiled in October 2019 in downtown D.C., honoring prominent women who helped shape the city. The project was funded by a grant from the D.C. Commission on Arts and Humanities.

As you wander around the city, you can still find a handful of call boxes still waiting to be restored.