30 years after the passing of the Americans with Disabilities Act, we still have work to do | Reese's Final Thought

30 years ago, protections were given to the disabled, and they still must battle for their civil rights. 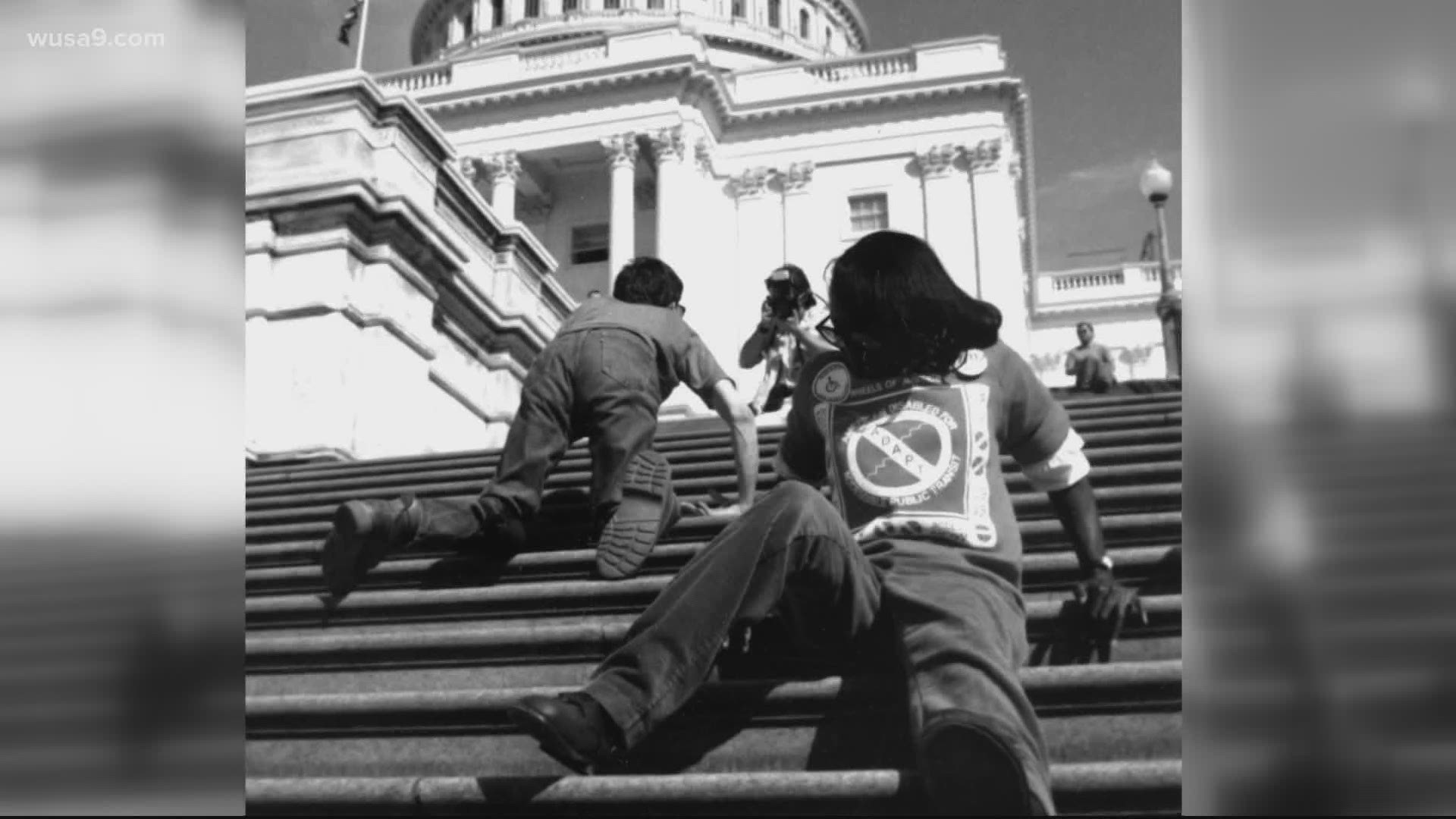 WASHINGTON — In March of 1990 a bill that had been winding its way through our government stalled in the halls of Congress.

If signed into law, the bill would provide legal protections to disabled citizens, giving them a tool in their fight against discrimination. Afraid that the bill would die, activists rallied on the steps of the U.S. Capitol. Putting their wheelchairs, crutches and canes aside, they crawled up those steps, giving lawmakers, and the country, a symbolic glimpse of what they dealt with daily.

That day became known as the Capitol Crawl, a powerful, defining moment that led to President George H.W. Bush signing into law The Americans with Disabilities Act, 30 years ago Sunday.

Sixty-one million adults in the United States are currently living with a disability. That’s one in four Americans. Before the signing of the ADA they would have had to live in a world that made no allowances for them. Buildings with no access. Inaccessible public transportation. Children blocked from attending school with their able-bodied peers. Employers could refuse to hire them, or fire them at will.

The ADA changed that. There are some who think that it gives special advantages to the disabled. Of course, they would be wrong. What it does do is keep the playing field level and sees to it that the community gets the same respects and dignities as the rest of their fellow citizens.

But even with the passing of the ADA, the disabled still find themselves having to defend their civil rights. In 2018, legislation passed out of the House that would have gutted the act, weakening protections. Protesters once again had to storm the capitol. Thankfully, the bill died in the senate, due to the efforts of law makers like Senator Tammy Duckworth.

Our response to the coronavirus has also exposed the flaws in the care systems that exist for the disabled. Systems that need to be updated and overhauled, ensuring that needless suffering won’t occur.

Since its passing, the ADA has positively impacted millions of American lives. Making us stronger as a collective, just as every other civil rights act has done.

And just like the others, there is still more work that needs to be done.

Sunday marks the 30th anniversary of the Americans with Disabilities Act (ADA). The ADA has a special meaning for the OT community because it promotes equal access to engaging in everyday occupations. What does the ADA mean to you? https://t.co/IMQYtHfSZI #ThanksToTheADA #ADA30 pic.twitter.com/VFGljw6f36

RELATED: University of Tennessee celebrates 30th anniversary of the Americans with Disabilities Act