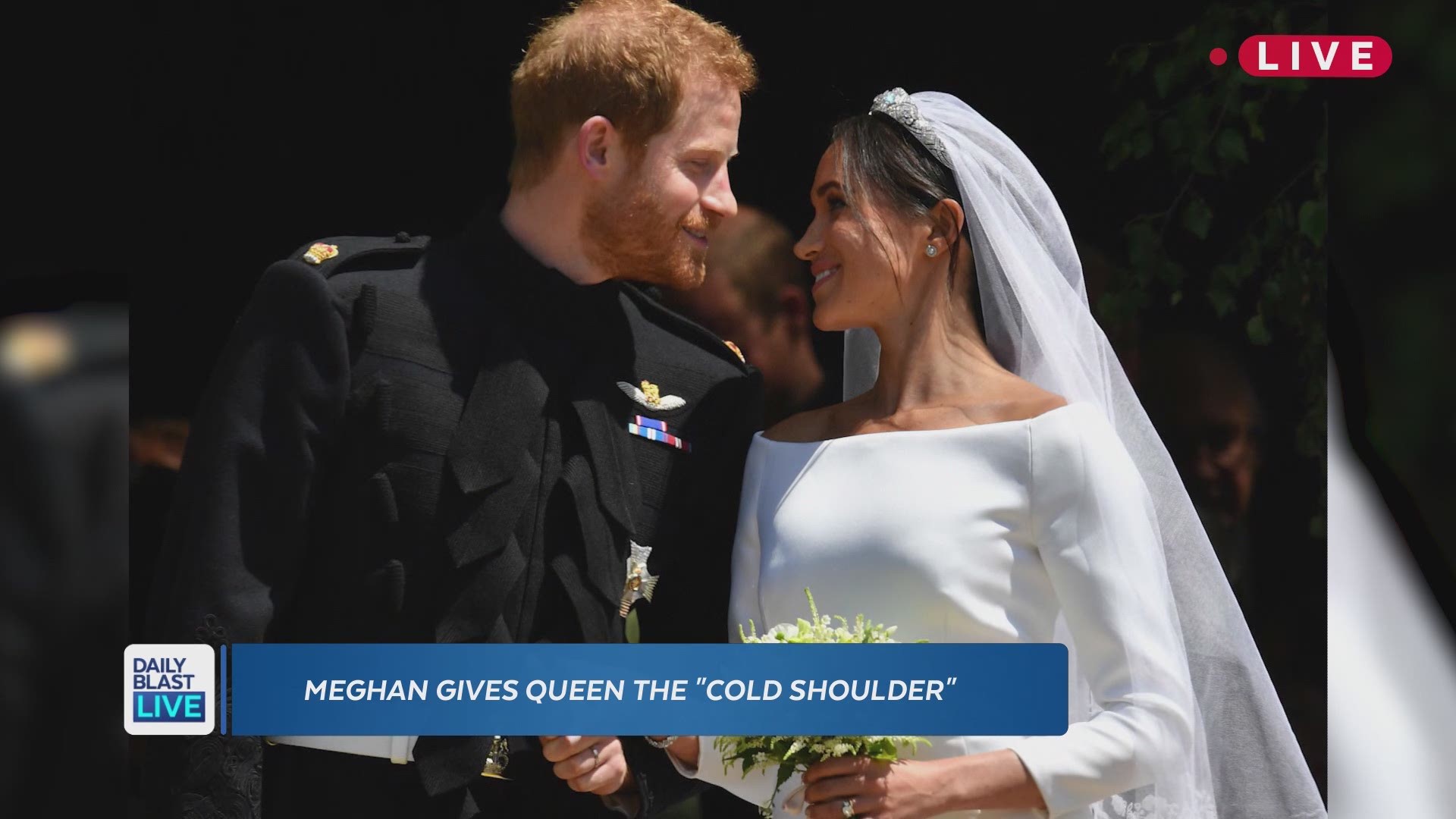 It was a busy weekend for the Royal family! On Saturday, Meghan Markle appeared on the iconic Buckingham Palace balcony with her husband and the rest of the family to celebrate the Trooping the Colour event to mark the Queen's birthday. The day began with a military parade, which included over 1,400 soldiers, 200 horses and 400 musicians. Meghan and Harry, still in prime honeymoon mode, rode in via their own carriage ride. However, despite the pomp and circumstance, the media seemed to raise a few eyebrows at Meghan's dress.

Meghan stepped out in an off-the-shoulder pale pink, Carolina Herrera dress with matching Philip Treacy hat, but the off-the-shoulder look was hailed as "highly inappropriate" by many royal watchers. One Twitter user commented saying, "Can Meghan Markle for once just follow protocol and not show her shoulders or push the limits?!" Others, however, were quick to rush to her defense saying that Meghan was bringing a fresh look to the usual "stuffy" royal etiquette. Also, another supporter pointed out that the Duchess of Cambridge, Princess Diana and even Queen Elizabeth have all worn off the shoulder outfits, too.

After the big event on Saturday, Kate took the kids on Sunday to see their polo-loving father, Prince William, play in a charity event. The Maserati Royal Charity Polo Trophy at Beaufort Polo Club, was to raise funds for the Royal Marsden cancer hospital and homelessness charity Centrepoint, both of which William is a patron of. Prince George (4) and Princess Charlotte (3), both attended the event without their newborn brother Prince Louis who is just 6 weeks-old. Charlotte wore an adorable pair of pink sunglasses as she attempted handstands, ran around with her brother and cheered on dad. What a weekend!