Now you can watch Georgie the Gibbon's antics anytime you want! 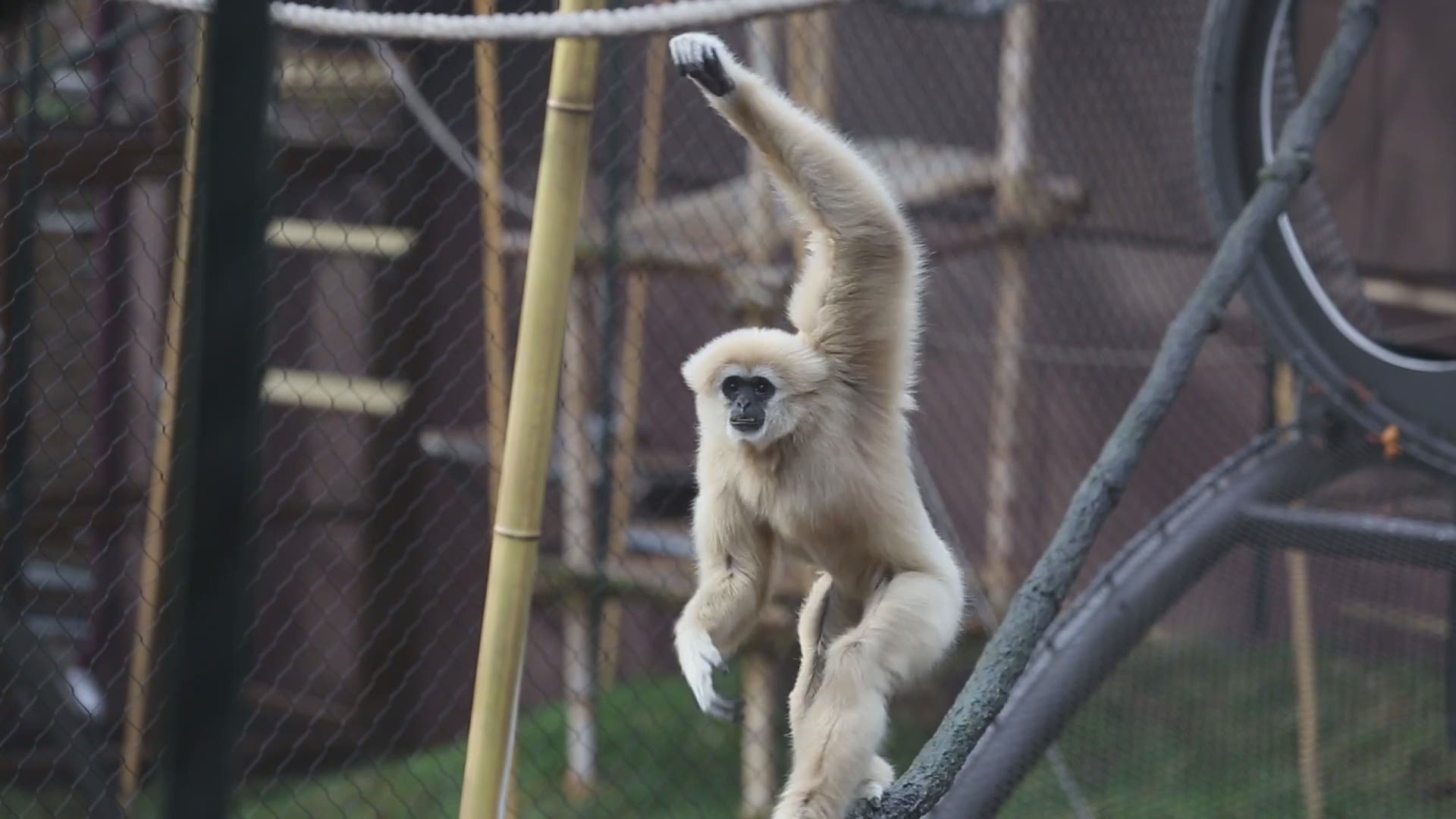 KNOXVILLE, Tenn. — Every animal at Zoo Knoxville is special with a unique personality all its own, but it's easy to see that Georgie the Gibbon may be the most sparkling of all!!

Georgie is a white-handed gibbon, a primate species known for their high-energy aerial acrobatics. He and a female named Malay live in the new Gibbon Trails enclosure of the Boyd Family Asian Trek treehouse. You've probably seen the little guy swinging around above your head and all around.

Georgie is playful and energetic and actually loves to interact with zoo guests, which is why he's one of the most popular animals at the zoo. If you call out his name on a visit, chances are he'll turn around to see who is calling him!

With the Zoo Knoxville Gibbon Cam, you'll be able to check in on Georgie and Malay anytime you want, though we can't promise you will always be able to see them. They zoom around their exhibit pretty fast!  So be patient, and you'll likely see Georgie swinging around eventually.

The zoo will even offer special enrichment activities from time to time to make it even more fun.

What to watch for: