The Kane Show, which also aired on Top 40 stations in Baltimore, Louisville, and Tampa, originated from the iHeartRadio studios in Rockville. 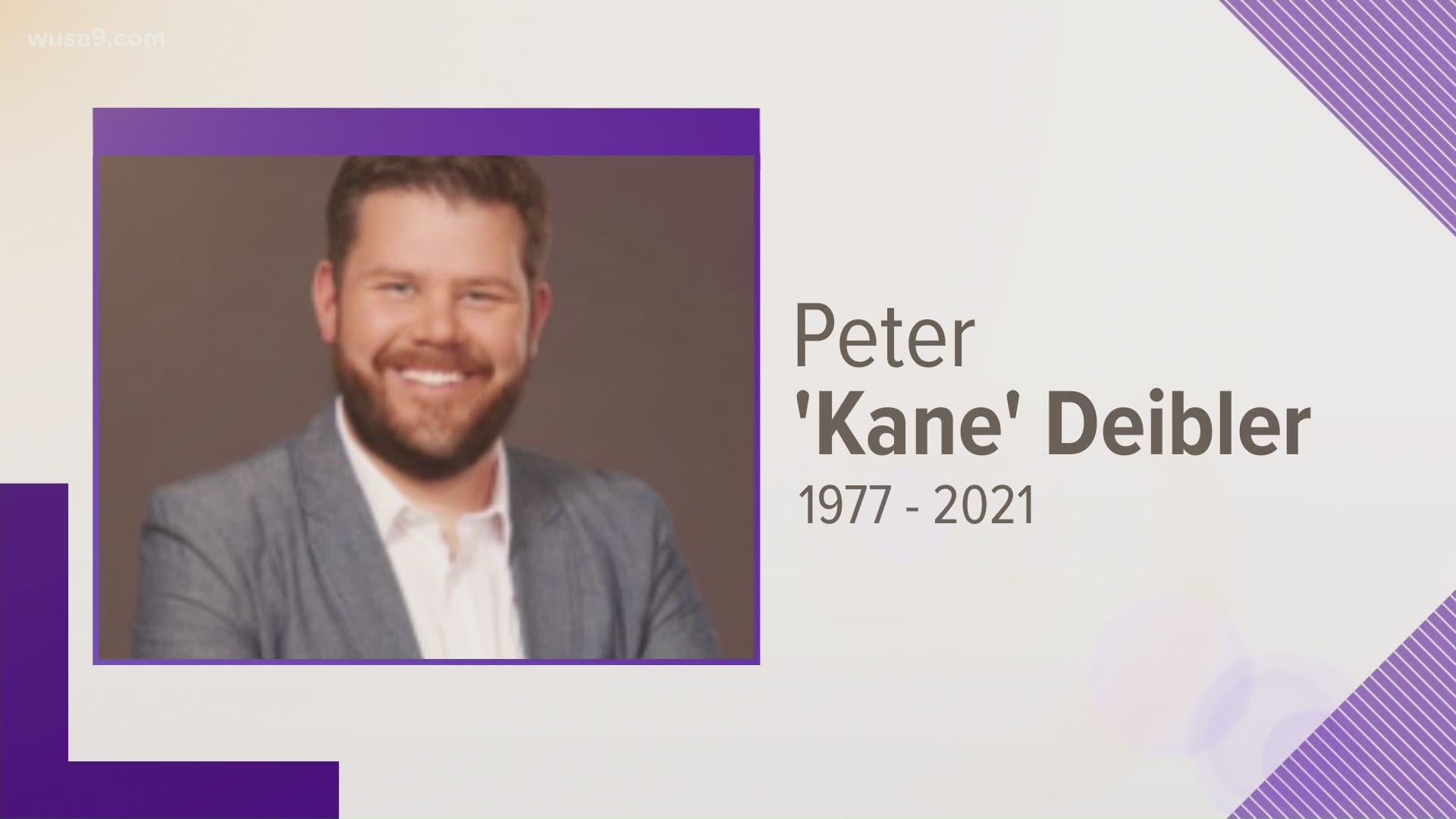 WASHINGTON — Peter Deibler, known to thousands of morning drive time radio listeners as "Kane", passed away at age 43 on March 6 after a long illness.

"The Kane Show" hit the FM dial in the Washington area in 2006. For years, it had been among the DMV's most-listened-to-morning radio programs, playing the latest hits and popular segments. Kane routinely discussed being a father to his two daughters, Sam and Sophie, endearing him to his many listeners.

Although co-hosts came and went, Kane remained a constant, comforting voice for thousands of people driving to work, dropping the kids off at school and running errands.

We are deeply saddened to share that Kane has passed away.

Kane has been an important part of our iHeart family for years, from his early days at WFLZ, to his network of stations at HOT 99.5 + Club Kane.

Please keep Kane's family and girls in your thoughts and prayers. pic.twitter.com/LJWLaTwBdJ

The show, which also aired on Top 40 stations in Baltimore, Louisville, and Tampa, originated from the iHeartRadio studios located in Rockville.

HOT 99.5 released the following statement on Twitter in regards to Deibler's death:

“We are deeply saddened to share the news that Kane has passed away,"  the company said in a tweet. "Kane has been an important part of our iHeart family for many years, from his early days at WFLZ in Tampa, to his network of stations and success at HOT995 in D.C. and Club Kane. Please keep Kane’s family and his girls in your thoughts and prayers."

Deibler's passion for radio began when he was in high school, where he interned at local stations and pursued his own programs -- including an evening slot on HOT 107.9 while enrolled as a student at Syracuse University. Deibler's first radio gig was at Tampa's WFLZ-FM station hosting "The Extreme Show with Kane" before making his way to the DMV.

"The Kane Show" premiered in 2006, where it built and maintained a loyal, fanbase over the years. Last April, HOT 99.5 pulled the plug on "The Kane Show" after nearly 14 years on the air. Deibler was let go and the show rebranded as "Your Morning Show."

RELATED: iHeartRadio Music Awards Will Include Performances by Ed Sheeran, Cardi B and More!