Video games took center stage at the Kennedy Center during Game On! concert 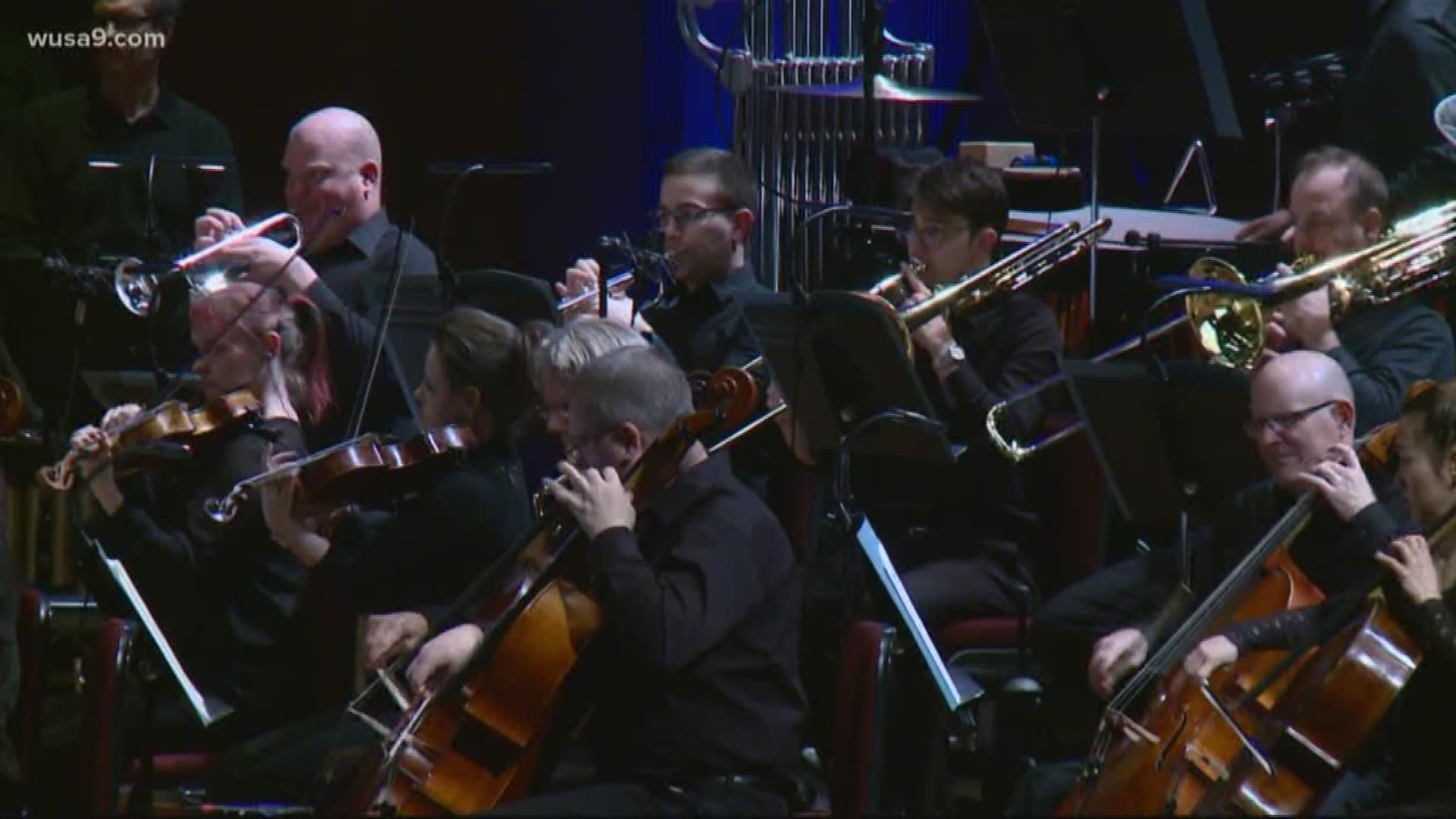 WASHINGTON — From generation to generation, video games have pushed the limit on technology and creativity. It all started with a simple game of computer table tennis, better known as pong. Two people could battle it out with onscreen "paddles" and a "ball" that moved across the screen, making an occasional "boop" or "beep" that a computer could produce.

That was 1972. Fast forward a mere eleven years, and a little toy and card-making company, Nintendo, releases a video game with an Italian plumber, whose theme song would go on to capture the hearts of millions.

Video game technology has improved so dramatically over the last five decades that we’ve gone from playing table tennis to envisioning ourselves as cowboys (and girls!) in the wild west. 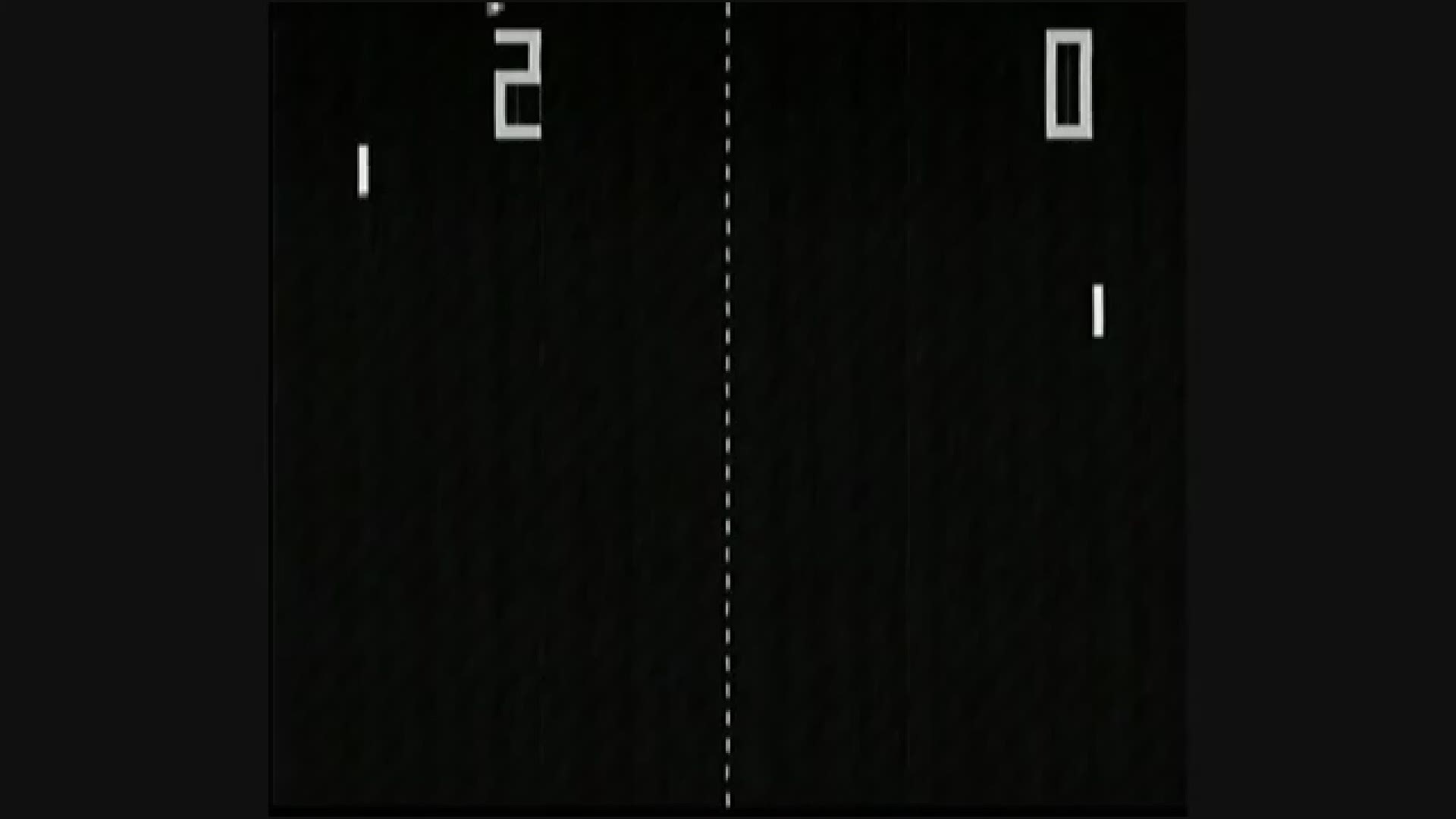 Developers learned to seamlessly take us between worlds, transitioning easily from riding a horse in the desert, to flying through space discovering alien life.

Along with this technological boom, the music evolved as well. You can’t feel like a cowboy without an old banjo chorus playing in the background, or imagine yourself a medieval knight without an epic symphony to push you back up after you’ve been knocked down.

Video games, with the help of the National Symphony Orchestra and Maestro Andy Brick, took center stage at the Kennedy Center, at "Game On! The music of video games."

"The diversity of the genres keeps me on my toes," Brick said. "You're going from a beautiful pastoral piece, like 'Civilizations,' and then right into 'World of Warcraft' that’s bombastic and there’s percussion and the brass are blaring."

When the call for the show came, a flock of people made their way to the doors of the concert hall; the flock was noticeably younger than the typical Kennedy Center audience. But the connection between an older, wiser symphony had been made with a younger, digital generation.

"The music gets you going, gets you excited," one mother said, as her raced competed in Mario Kart. "Whether you win or lose it’s all part of the experience." 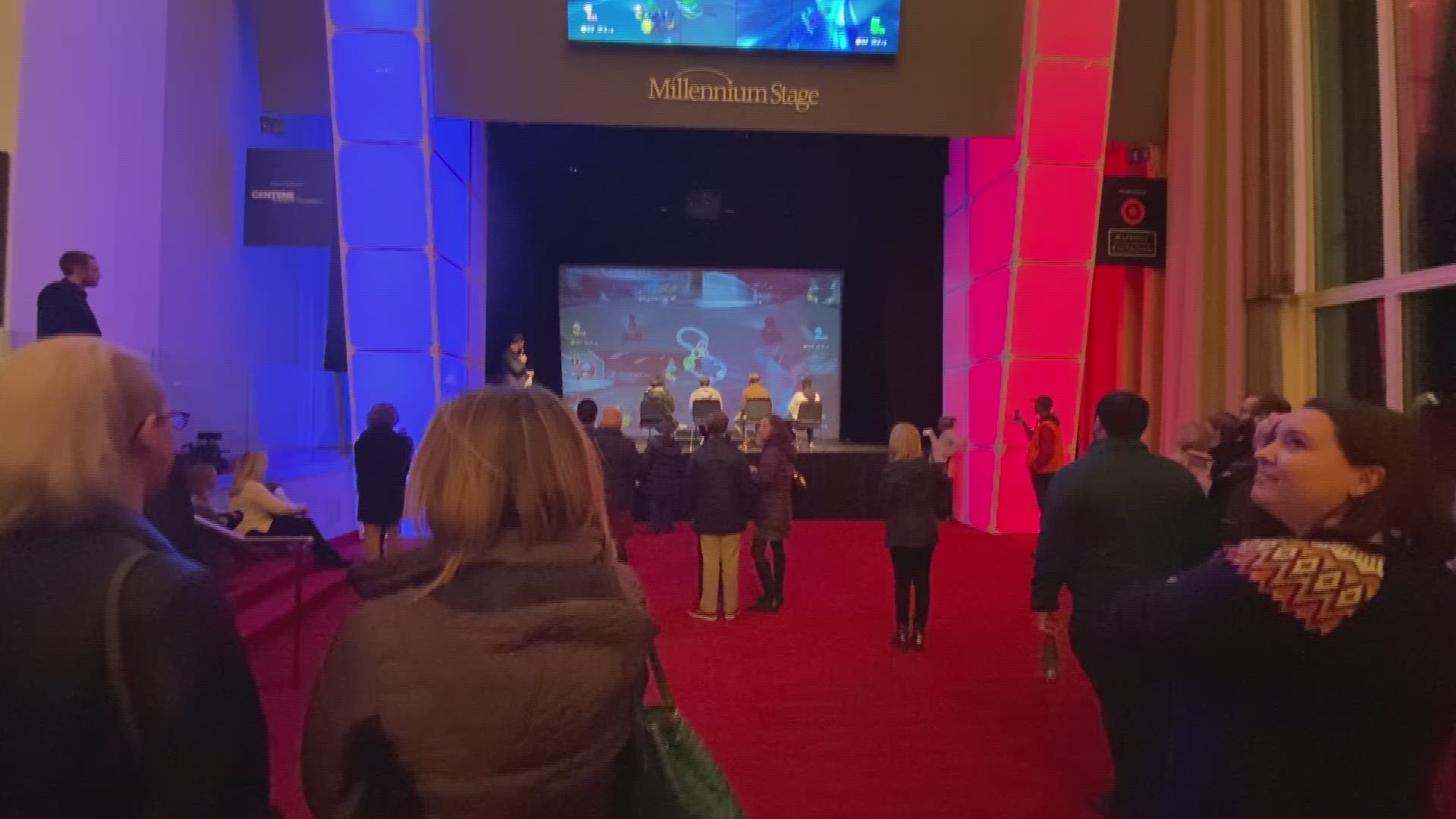 RELATED: A Gym For Gamers: A look at the budding ESports industry in DC

The lights dimmed, as everyone took their seats and Maestro Brick took to the stage. Silence reverberated, to the point you could hear the drop of a dime. A hushed reverence fell over the crowd as a man, who composed the music to some of their favorite video games, rose to his podium. 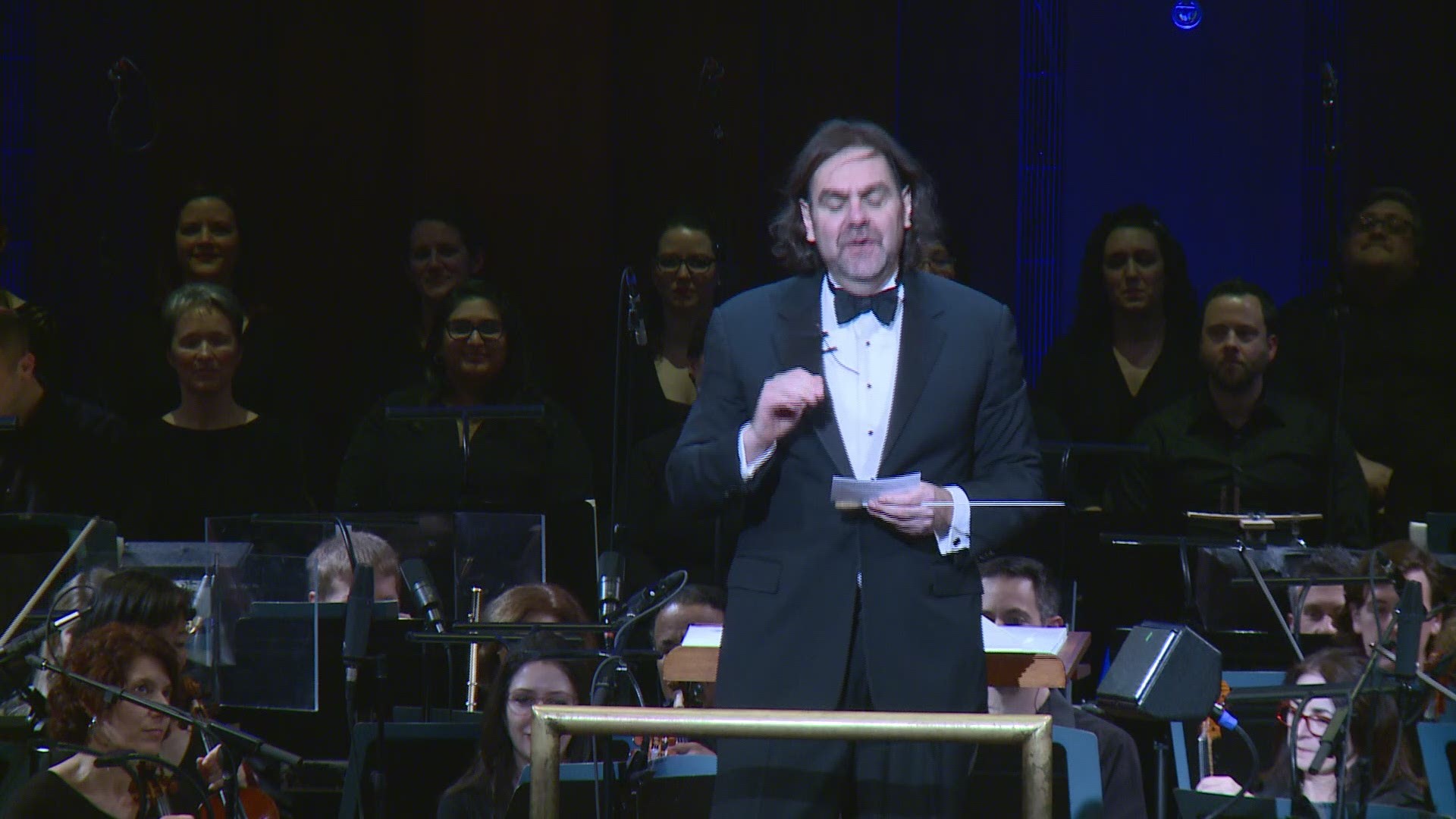 Make noise during a symphony? The instructions seemed preposterous, but there the Maestro was, dead center, telling everyone to cheer when they felt excited. As the night flew by, the symphony helped the gathering of gamers recall some of the most epic chapters in the games they grew to love.

They became the captains of an assassin’s pirate ship in "Assassins Creed: Black Flag" and guardians of the galaxy in "Destiny 2." And they were doing it all not while starting at a television screen, but among their fellow gamers and musicians, in a hall built for sound, built for music, built for them. They cheered and remembered the times that made them feel like heroes.

"People used to think great symphonic was reserved for dead Europeans 200 years ago, but you're finding that all countries of the world are producing excellent symphonic music that just happens to be in a video game," Justin Ellis, Artistic Director of the National Symphony Orchestra, said.

"It’s the music that they know," Brick said. "The fact that the orchestra has been around for 250 years, and has an incredible history of amazing music, to them the orchestral work is the stuff that they're playing, the stuff that they're engaged with, it's two completely different worlds. What we’re doing is bridging those two communities: this younger generation and this stoic and beautiful institution. And if we can do that, and that 13-year-old, 10 years from now, goes and sees "Mahler 5," then mission accomplished." 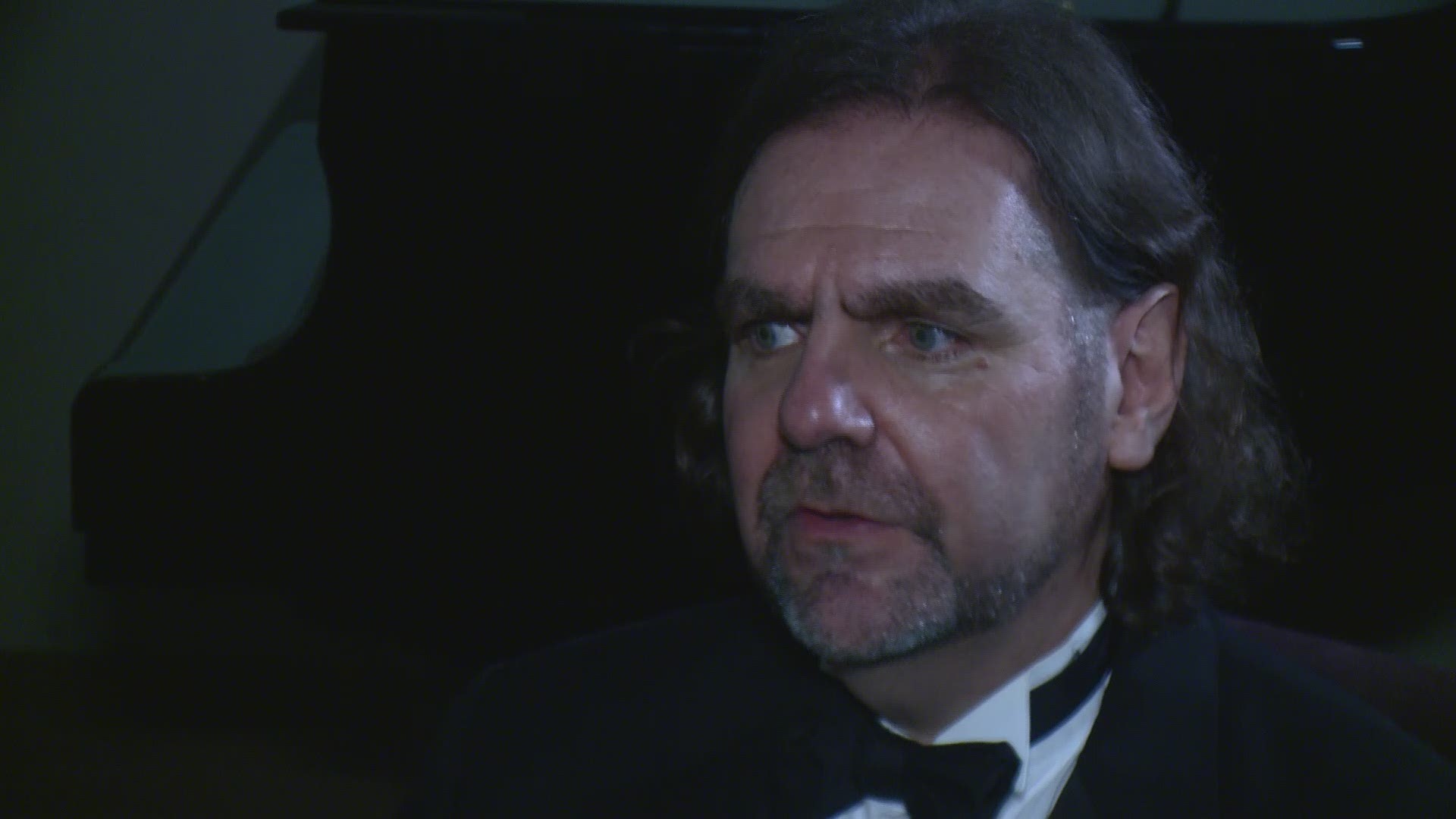 The night drew to an end, and as the flock left the concert hall, you could hear whispers from children to their parents.

"That was so cool. I remember that part of the game."

It was a night they would never forget.