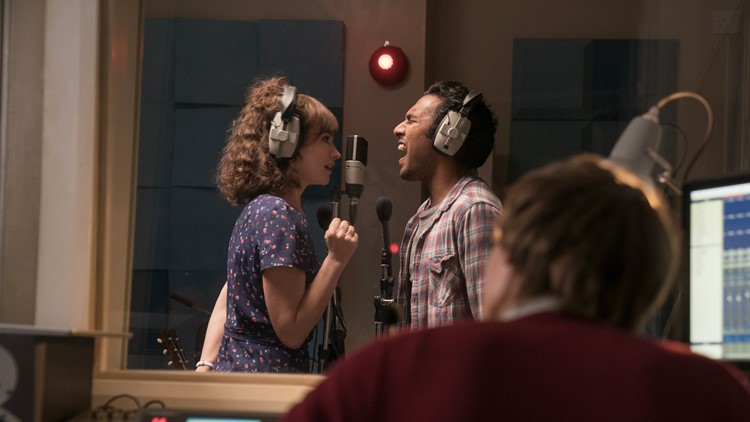 WASHINGTON — Getting approval for this review proved to be a more difficult task than anticipated. I approached my editor and told her I saw this great movie Yesterday and I’d like to review it. She asked what the title was. I said: “Yesterday.” She said: “Yeah, what did you see? I told her: “Yesterday!” There was quite a bit of laughter once she realized Yesterday was the name of the movie.

If you haven’t already heard, Yesterday is a motion picture that was released in theaters on June 28. The film follows a musician, Jack Malik -- played by Himesh Patel -- who wakes up from a coma into an alternate universe where the Beatles never existed.

Jack has been trying for years to make it into the music industry and now he has a chance to get the fame he always dreamed of. However, he’s struggling to leave his old life behind, especially his best friend/maybe love interest Ellie -- played by Lily James -- when he knows he didn’t earn the new life he’s been given.

I have to give the creators credit, they commit fully to the premise. There were several times where I found myself asking how are they going to get out of this, but I won’t spoil the answer in my review.

Do not expect this movie to be a critical masterpiece. It is on the other hand, a fun summer movie to escape into. There were plenty of people in the audience singing along and dancing in their seats to some of the Beatles’ famous hits.

I thought Patel gave a melancholy wistfulness in his performance and covers of the songs. Emulating his love for the band, but the sadness from no longer living in world where they exist. Lily James was charming and endearing as his lovelorn best friend.

The cast also includes Kate McKinnon and Ed Sheeran. McKinnon played Jack’s manager, basically as herself. Ed Sheeran officially played himself in the movie -- though I’m sure he’s hoping his performance goes over better than his guest appearance on Game of Thrones.

It’s hard to imagine a world where the Beatles didn’t change music forever. Beatlemania took the world by storm in the 1960s. In addition to their albums, the Beatles created several of their own movies. I wondered if some of the chase scenes in Yesterday were giving homage to A Hard Day’s Night, the Beatles’ first film.

To give some background information on the film, the title of the movie is from a song of the same name Paul McCartney composed by himself. It was released in August 1965 on the Help! album. In 1997, it was inducted into the Grammy Hall of Fame.

There were many songs the Beatles wrote that different groups have ranked as some of the greatest songs ever written. I wish Yesterday had given further insight into the band as individuals and why they specifically were able to write so many classic hits. Instead, the band was often only seen through the eyes of Jack as an enigma that blessed the world.

Several media outlets have reported the director -- Danny Boyle -- has spoken with the remaining Beatles -- Ringo Starr and Paul McCartney -- and they both approve of the film. Of course, it’s unlikely the film would have gotten permission to use all of the songs if they didn’t like it.

If you are a Beatles fan, this is definitely the film to see. It has just the right amount of nostalgia and new interpretations of classic Beatles. I particularly enjoyed several scenes where they essentially created new music videos for the songs. I highly recommend seeing this film if you want to have a good time for two hours.