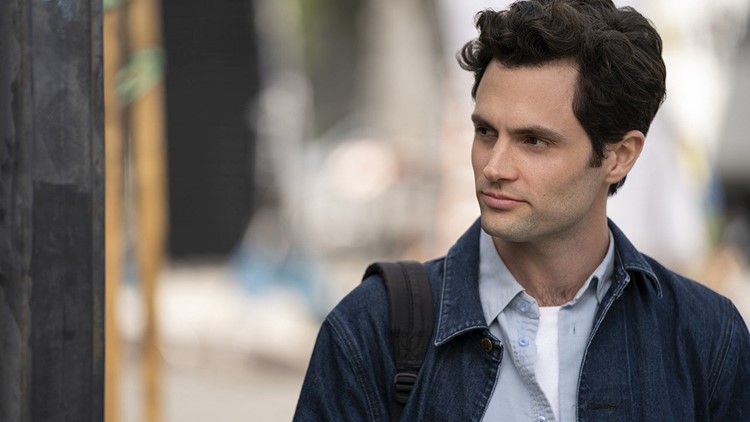 'You' Season 3: All the Questions We Want Answered for Joe's Next Chapter

With the news that You has been officially renewed on Netflix for a third season, it's time to start thinking about the burning questions we're still thinking about thanks to season 2's shocking bombshells.

But for the rest of us, let's recall that it's shockingly revealed that Joe Goldberg (Penn Badgley) isn't the only killer in town. His obsession during the season, Love Quinn (Victoria Pedretti), turns out to be a murderer as well, no doubt stemming from her serious mommy issues, much like Joe's. Aside from admitting to killing Joe's investigative reporter neighbor, Delilah, she also ends up killing Joe's ex, Candace, who was on the brink of turning Joe into the police.

While Joe seems to have his fate resigned at the end of the season by moving to idyllic suburban settings with a pregnant Love and planning to give his unborn daughter the good parent he never had, the show ends on the note that Joe just can't help himself when it comes to his obsessions. Keep reading for the questions we're dying to find out in season 3.

Who is Joe's neighbor?

The most obvious cliffhanger of season 2 is definitely who Joe's neighbor is, with whom it's clear he's already obsessed with. Joe peaks through a fence at a woman lounging by the pool, reading a book, and notes, "This is just the beginning, because this is where I had to be -- exactly where I had to be -- to meet you. There you were with your books and your sunshine, so close but worlds away. I will figure out a way, a way to get to you. See you soon, neighbor."

Netflix's season 3 announcement also alludes to the mystery of Joe's neighbor, the tweet reading, "See you soon, neighbor. YOU S3 is coming."

See you soon, neighbor. YOU S3 is coming. pic.twitter.com/rCJx7K9v0P

While some fans think that Joe's new neighbor could be his mother -- with whom it's revealed in season 2 that he had a complicated childhood with to say the least -- Badgley jokingly shut that theory down during a sit-down with showrunner Sera Gamble for Huffpost's BUILD Series.

“That’s not true,” he said about the possibility of Joe’s mom being his neighbor. “Look at her arm! She’s a brunette. Oh, what am I saying? She could dye her hair. That was stupid.”

But he recently more bluntly shut the theory down, telling Bustle about his mystery neighbor, "She's definitely not his mom. I can say that."

So, what did end up happening to Joe's mom?

Joe's dysfunctional childhood with his mother was a prominent aspect of You season 2, giving context to why Joe is the way he is today. In flashbacks, it's revealed that Joe witnessed his mother, Sandy, in an extremely abusive relationship and that he also suffered physical abuse at the hands of the man, though it's unclear if he is Joe's biological father. Later, it's revealed that Joe killed the man by shooting him when he was abusing his mom.

Sandy convinces a 9-year-old Joe that the killing was justified.

However, it's not revealed where Joe's mom ended up and Joe himself avoids the question when asked, leading plenty of fans to believe Joe's mom could be a major storyline in season 3.

Love is a widow when she meets Joe, and at first, viewers are led to believe that Love's first husband died of an illness. Of course, after it's revealed Love is actually a serial killer, anything is possible now.

Looking back, no details of James' illness were discussed and Love notes early on that doctors couldn't find what was wrong with him, leading some fans to theorize that Love actually poisoned him -- especially when looking back at a a flashback of Love wanting to have children and James not feeling the same.

I just finished You and sorry but Love is sooooo off key, she defo killed her husband (I vote poison) because he didn’t want kids. She can’t handle people saying no to her. Scary babe.

Okay hear me out...
Love killed people before,
BET THAT SHE KILLER HER EX HUSBAND OKAY GOODNIGHT.

Guys do you think Love killed her first husband because he didn’t want to have children?🤭

Will Love try to harm Joe or the baby?

Knowing what we do about Love now, it's not far-fetched to believe that Love could easily turn on Joe or even her own unborn child.

ET spoke with Pedretti about her character, Love, and she joked about the possibility.

"Are we going to kill a baby?!" she cracked. "Are we still going to want to f**k the murderer when he kills babies?! Or is that where we draw the line??"

"I don't know what would happen," she continued. "I would be really worried for... I mean, I am and continue to be worried for anyone who chooses to be around Joe and also Love. If she would do this for Forty, what would she do? And for Joe, what would she do for her child? She would tear down everything. And I think that that's a beautiful thing, right? Mothers are protective of their children, but I think that is something that can often go too far. Parents are protecting their children, but they go so far as to maybe coddling their children, to go so far as to stepping on other children for the sake of their children. Where it can get to the point where it's not even serving your child at all. But I'm also not a parent, so maybe I don't have the right to say that."

Pedretti also talked about where she and Joe stand at the end of season 2.

"It seems from what we talked about in relation to filming the section in which she's pregnant, that there's a lot of effort within her to try to paint a pretty picture with what she's got and do the best she can with what she's got," she told ET. "But we see her mother there. Love resents this person so much for the way in which she was treated as a child and the way in which she continues to be treated. I wonder what the significance would be for that and how that creates the world that she's now existing in and where they are exactly."

Will Joe get caught?

At the end of season 2, Joe is practically begging to be caught, even going so far as to voluntarily throw away the key to the cage Candace locks him in so that the police can find him and he can be brought to justice. In the You series by author Caroline Kepnes on which the show is based, Joe does in fact go to jail in the second book of the series, Hidden Bodies. But in an interview with Entertainment Weekly, Kepnes talks about the upcoming still-untitled third book in the series, and notes that Joe going to jail is definitely not the endgame.

“That could never be the end because it’s such a moment of suspense,”  Kepnes says of Hidden Bodies' ending. “I feel so thrilled that I get to keep telling that story, because that wasn’t the end.”

"Joe is really proud of himself because a lot of people in his position descend into darkness after having been through what he’s gone through in book two and then in the beginning of book three," she continues. "And he decides that he’s going to be a better person and he’s very proud of himself for that. Having dealt with Love’s family and dating someone with this close relationship with their twin brother, he’s very focused on the idea that he should be the one with the family. But yeah, the main thrust of it is that he’s very proud of his strength.”

Will Ellie return (and be the new Candace)?

Much like Paco from You season 1, Joe had a paternal relationship with Ellie (Jenna Ortega), his precocious and outspoken 15-year-old neighbor. Joe protects Ellie when famous comedian Henderson (Chris D'Elia) -- whom he ends up killing -- drugs her by lacing her drink, but ends up causing her irreparable harm anyway due to Love killing Ellie's sister and guardian, Delilah. In the final episode of the season, Joe sends Ellie off to live in Florida with money in order to protect her from Love. But it's clear that Ellie no longer trusts Joe, and knows that something bad happened to Delilah.

In a Q&A with People, Ortega commented on her possibly coming back for the third season and being an issue for Joe -- much like Candace was this season.

"If I were to come back, I don’t know if I would be in the first few episodes," Ortega said. "I feel like I would have to be one of the [characters] like, 'Oh, look who’s here, she just came up and now it’s another problem for Joe.' Ellie is already a powerful character, but I want her to come back even stronger after dealing with tragedy and it being Joe’s fault. I want her to pressure Joe and stress him out a little bit because he is such a terrible person! As much as people love him, he deserves that pressure, he deserves to feel in trouble."

Badgley spoke to ET about this possibility given that his character was close to it when Love's twin brother, Forty, figured out he was a killer and held a gun to his head.

"He inevitably will be, right? I mean, he has to be," Badgley said.

"I think he deserves something better now, you know? Like I'm not sure that that's possible," he also conceded. "What does Joe need? Joe needs, ugh, Joe needs justice, but what does that mean? Does that mean prison? Does that mean death? I don't know."

In his and Gamble's BUILD Serieschat, Gamble noted, “death is too easy.”

“We wouldn’t want to rob the world of Joe doing such a terrible job in so many ways every season,” she added.

Meanwhile, Badgley also talked with ET about the final shot of the season where Joe is peering out longingly at his mystery neighbor, while a pregnant Love stands by their new home.

"Joe's looking for something that he can't... The way that I understand these things is that no one is born a sociopath or psychopath," he shared. "Maybe the world of medicine hasn't decided definitively, but I'll go ahead and say that. We're not born that way, we're made that way, we're made that way by the life we then receive, the education we receive, parents, environment, whatever. So, I think Joe is looking for that which was taken from him as a child."

Watch the video below for more with Badgley on season 2's shocking ending.

'You' Fans Think Hilary Duff and Victoria Pedretti Are Lookalikes

'You' Renewed For Season Three on Netflix