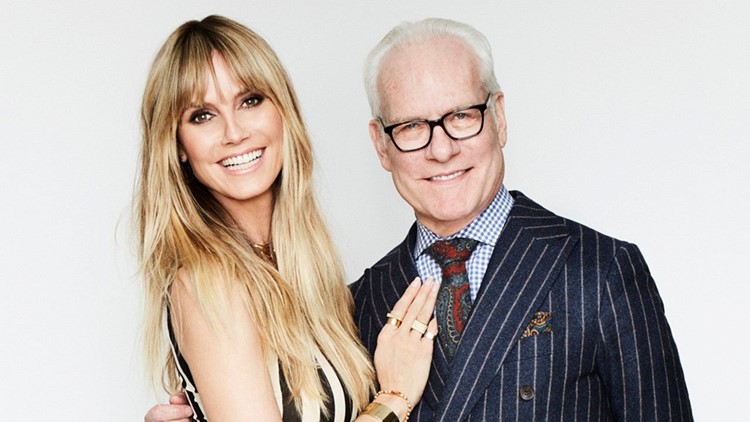 Heidi Klum and Tim Gunn have unveiled new details about their upcoming show!

The former Project Runway stars reveal that their fashion competition series, Making the Cut, will premiere on March 27 on Amazon Prime Video. Klum and Gunn, who act as hosts and executive producers, were on a panel during the winter Television Critics Association press tour on Tuesday, where they were joined by executive producer Sara Rea and the show's celebrity judges, Naomi Campbell, Nicole Richie and fashion designer Joseph Altuzarra.

The 10-episode series will follow 12 designers from all over the world through New York, Paris and Tokyo as they compete for the grand prize of $1 million and the opportunity to create an exclusive line for Amazon Fashion. Fans can also shop limited-edition styles of the winning look from each episode on Amazon Fashion's Making the Cut store for $100 or less. Two episodes will air every week until the finale on April 24.

During the panel, Gunn explained how Making the Cut is a more advanced step from Project Runway.

"You don't hear a conversation like that on Making the Cut," Gunn added. "It's more about how does this mini collection you've designed for this particular episode's assignment, how does this fit into your larger view of your brand? And it really is about finding the next global brand. And we do."

Klum and Gunn announced they were parting ways with Project Runway in September 2018. The series has returned to its original network, Bravo, after nearly 10 years on Lifetime. Model Karlie Kloss and designer Christian Siriano took over Klum and Gunn's roles on the reboot, respectively.

'The Bold Type' Season 4: Get Ready for Flirty Jane, More Kadena and a Surprise Proposal! (Exclusive)

'You' Renewed For Season Three on Netflix