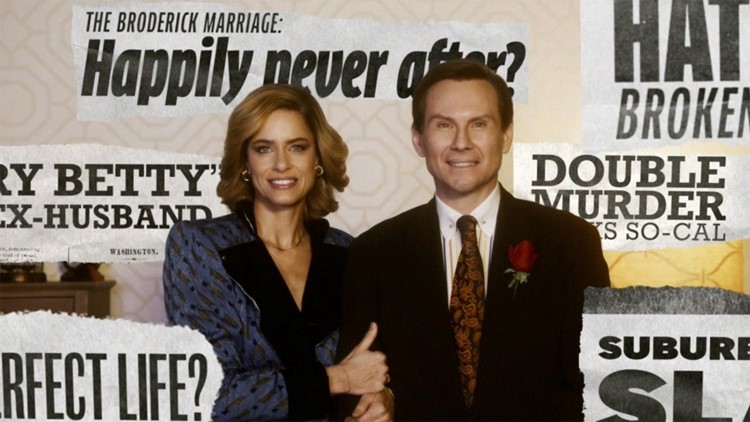 And thus begins the story of "America's messiest divorce."

That's how Oprah Winfrey once described the saga of Betty and Dan Broderick, portrayed by Amanda Peet and Christian Slater, respectively, for Dirty John's second season. In The Betty Broderick Story, the anthology series trades the SoCal scheming of John Meehan for a divorce that ends in a double homicide.

"I wanted a husband and a family. Dan needed a wife that could wait on him. I would have been treated better if I'd been a dog and served my master," Peet's Betty narrates the trailer. "I'm amazed it only took one bullet to kill Dan Broderick."

The Brodericks' love story-gone-wrong spans decades, beginning in the '60s, as the college sweethearts become the picture of domestic perfection as a Southern California power lawyer and his faithful housewife. But the 16-year marriage ends when Dan starts up an affair with his secretary, spurring courtroom confessions, psych ward commitments and, eventually, murder.

"The first season of Dirty John was a story of twisted love and coercive control -- and both these insidious elements are also present in and integral to the story of Betty Broderick, whom I have wanted to write about since I became a writer," series creator Alexandra Cunningham said.

'Tiger King': Why This Doc About a Gay Polygamist Exotic Cat Breeder Is Your Next True-Crime Obsession