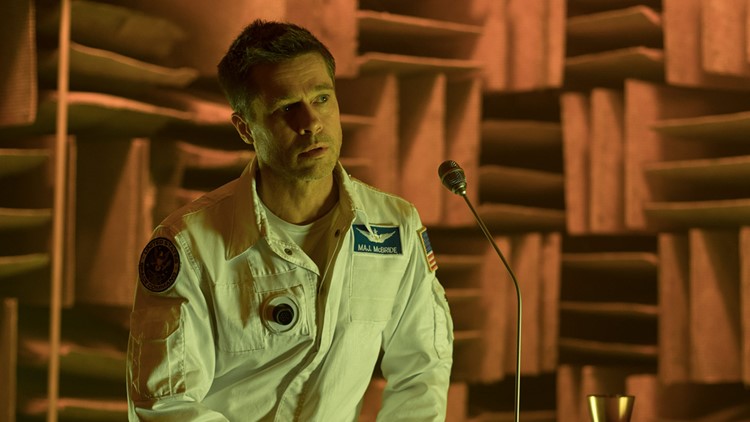 Movie Review: 'Ad Astra' is a contemplative, thoughtful examination of humanity and our place in the larger universe

WASHINGTON — In recent years, a new genre of science-fiction movies has emerged - one that uses space exploration as a contemplation on humanity and our incessant quest for intelligent life. A few examples would include "Gravity" (2013), "Interstellar" (2014), "The Martian" (2015), and "First Man" (2018). "Ad Astra" can now be added to that list as a formidable examination of the human condition within the context of space exploration.

From a technical standpoint this film stands out among other 2019 releases for its simplicity and elegance in cinematography. Hoyte Van Hoytema has earned a solid reputation in Hollywood after working on films such as "Dunkirk" (2017), "Spectre" (2015), and "Interstellar" (2014). Every shot of this film looked like a work of art, carefully crafted and executed to look effortless but stunning.

Additionally, Brad Pitt gives the performance of a lifetime, solidifying himself as a front-runner for the 2019 Best Actor Oscar. That’s not to say, however, that the film is perfect.

RELATED: Movie Review: ‘Dark Phoenix’ is an underwhelming addition to a sinking franchise

While others praise "Ad Astra" unconditionally, I have to criticize some of the story points as being somewhat jarring. For example, one of the first action sequences of the film takes place on the moon, where pirates attempt to hijack the mission in search of critical resources. Even though humanity had successfully colonized planets and moons, humans were still squabbling over the same resources that we fight over on Earth. In the moment, it took me out of the world of the film and made me question if it was necessary.

Another moment that was jarring to me was the diversion of the mission to rescue the crew on a bio-research vessel that had sent out a distress signal. The subsequent attack that took place felt ridiculous within such a well-crafted film. It was as if the film took a minor detour and then after getting back on track begged the question, “Why did we do that?" It felt out of place, out of touch, and disruptive to the pace of the film.

Aside from these missteps, the ending of the film was masterful. The filmmakers got to where they wanted to go, however, the journey was a little bumpy. In the end, the film was a success on an emotional level. It delivered an impactful ending that resonates with the audience even after leaving the theater. It’s worth the trip to the theater to see it in IMAX, purely from a visual standpoint. It’s thoughtful, simple, yet elegant in its quest to answer humanity’s most burning questions.