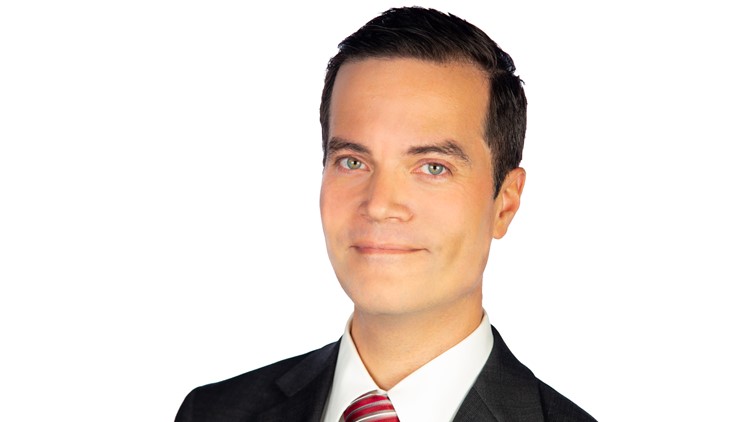 Nathan arrived in Washington in 2017, working as investigative reporter at another station. His “Faking The Grade” series of reports exposed widespread grade and attendance record tampering in DC’s public and charter school systems.

In Las Vegas, Nathan’s political coverage of the 2010 US Senate race received national attention after his tough questioning of the then-Senate Majority Leader and his general election challenger.

Nathan got his start in Palm Springs, California. His first investigative series, “The Octopus Murders,” started with the 2005 murder-suicide of a district attorney’s investigator and his family. It ended with a cold-case arrest of a suspect in a 1981 assassination on Indian tribal land. Nathan finished writing a book on the investigations, “Devil’s Ladder,” in 2019 and is working to get it published. He also was also among the first to investigate alleged abuses at the Church of Scientology’s world headquarters.

Nathan received the 2012 duPont-Columbia Silver Baton award for his part in the documentary series “Desert Underwater.” It chronicled the impacts of the foreclosure crisis in Southern Nevada. He has also been awarded five investigative Emmys.

Nathan lives in Germantown with his wife, Nicole, and baby boy Oliver. Together, they enjoy hiking, and visiting the many historical sites and vineyards in the area. He’s a nerd at heart who can get into arcane discussions about Star Trek episodes and his favorite music is jazz. He challenges anyone to a debate who disagrees that trumpeter Miles Davis is the greatest musician to ever walk the earth.

Ask Nathan questions about his investigations on Reddit by contacting u/NathanBacaNews, find Instagram pics of his family adventures under NathanBacaNews or get a stream of investigative story updates on Twitter from @NathanBacaTV.