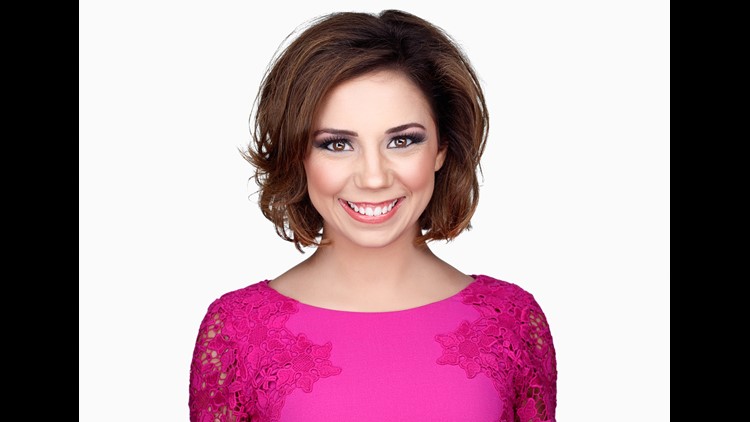 Melissa Nord is an Emmy award winning Certified Broadcast Meteorologist currently seen on WUSA 9 News Weekend Evenings and Weekdays at Noon. She is an advocate for inspiring others to be excited about science, and enjoys planning community events and visiting schools across the DC area to encourage STEM education.

Since coming to DC in 2016, Melissa has covered winter and severe weather events both in-studio and in the elements with Sheehy Weather Explorer. You can tell from her broadcasts that she is absolutely nuts about the science behind our weather. Notably, she explained the definition of "bombogenesis" while standing on the boardwalk in Ocean City, Maryland during a blizzard and 50mph gusts of wind.

Melissa earned both the 2018 Associated Press and Emmy Awards for best Meteorologist/Weathercaster in the DC-Baltimore area, which included work showcasing her craft of explaining the science behind weather events using Augmented Reality.

Before WUSA 9, Melissa was a meteorologist at LEX 18 in Lexington, Kentucky. There she covered significant winter storms, flooding and severe weather... including several back-to-back snow storms during Lexington's snowiest winter in more than 35 years. Melissa began her career in her home town of Atlanta, Georgia as a weather producer and graphics meteorologist for The Weather Channel.

Melissa attended the Georgia Institute of Technology, one of the top public universities in the country, and earned her Bachelor of Science in Earth and Atmospheric Sciences. While in college, she interned with the National Weather Service Office serving the Atlanta area, during which she worked on a collaborative research study to explore ways to increase warning lead times during tornadic severe weather events. Melissa also interned at The Weather Channel, WSB-TV, and Fox 5 Atlanta.

Melissa earned the coveted Certified Broadcast Meteorologist (CBM) certification from the American Meteorological Society in 2014 and is also a member of the National Weather Association. She serves on the STEM Advisory Council for the Children's Science Center in Northern Virginia. Melissa believes in engaging students at a young age in hands-on STEM learning, and has hosted several WUSA 9 Weather Workshops at the Children's Science Center.

Melissa and her husband live in northern Virginia. They have a German Shepherd Mix dog named Buzz, adopted from Wolfe Trapp Animal Rescue and named after the Georgia Tech mascot. They also have a cat, Emma, whom they adopted many years ago at a shelter in Atlanta. When not focused on the weather, Melissa enjoys cooking and spending time with family.