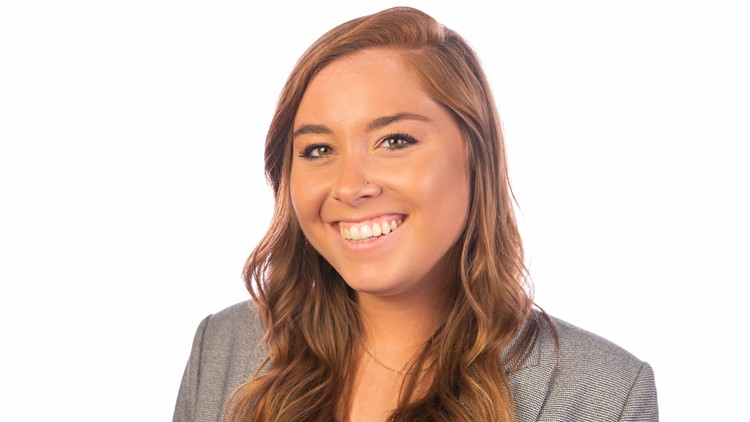 WASHINGTON — Madisson Haynes is a digital editor at WUSA9. She enjoys city life, but comes from small-town Virginia, right on the Chesapeake Bay.

Her journey into journalism was an abnormal one with quite a few detours. She went from studying sports medicine to nursing — neither of those being her passion. Journalism fell into her lap while visiting her hometown, which led her to the place she's most thankful for — James Madison University.

Madisson graduated from JMU in 2018 with a degree in Media Arts and Design and a concentration in journalism. She spent her time at JMU as a news reporter at The Breeze, the student newspaper, and then moved through the ranks, spending her final year as news editor.

Since finding her love for writing, Madisson has immersed herself in different forms of journalism. She worked as an editorial intern at Waterway Guide Magazine, as a culture intern Northern Virginia Magazine and spent a month in Urbino, Italy studying journalism and photography during the summer of 2017.

Madisson is an award-winning journalist — she received a first place Virginia Press Association award for a series of articles she co-wrote about a JMU student's reported sexual assault, the way JMU handled the allegations, and a subsequent apology.

When she wasn't writing hard-news, Madisson wrote stories ranging from a llama farm to beekeeping, and to a centuries-old bookstore in the heart of Harrisonburg. She enjoys covering stories that hit close to home and impact the community, including an article about a former JMU student indicted for second-degree murder.

After graduation, Madisson made the transition to D.C., and worked at National Geographic as a coordinator in Global Operations where she learned the ins-and-outs of post-production.

Madisson has always had a passion for storytelling, and enjoys seeing changes in the community following something she's written. She hopes to someday write a book outlining her abnormal yet adventurous life. But for now, you can probably find her writing a hard-hitting article, drinking coffee or binge-watching Gilmore Girls.