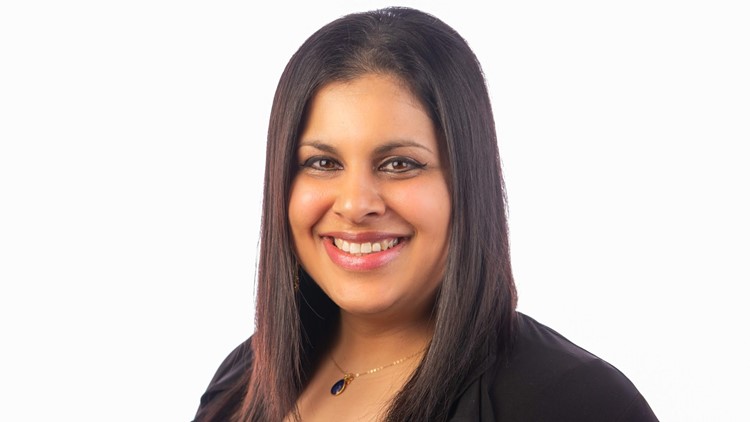 WASHINGTON — Saliqa A. Khan joins WUSA9 as the Digital Executive Editor for WUSA9.com and its social platforms.

Along with pioneering many digital news firsts, Saliqa has been credited with breaking many national and international news stories during her professional award-winning career spanning more than a decade.

During her most recent tenure as the senior editor at the NBC affiliate in Baltimore, she covered the 2015 Baltimore Uprising and in the courtroom, she was often the first to break national/international news of the officers on trial in the death of Freddie Gray. She also reported on police reform and led the coverage of the fateful standoff with Korryn Gaines in Baltimore County as the first and only reporter on the ground to break the news as it was happening -- a story that captured national/international headlines during a time of heighten racial tension in the country.

Saliqa also contributed her essay to the book I Speak for Myself: American Women on Being Muslim and spoke on her experiences during events at Georgetown University, the Asian American Journalists Association convention in Detroit, and on several occasions at the U.S. State Department with then-Secretary Hillary Clinton.

Saliqa also took personal pride in her stories behind slain domestic violence victim Amber Schinault and what would become Amber's Law in Maryland in 2017 -- a domestic violence law allowing victims to have their offenders monitored through active GPS tracking. Schinault's loved ones, and especially her mother, along with many state lawmakers credited her work for helping to bring awareness to the bill and aiding in its passage. Authorities as far as Australia and New Zealand have also reached out to Saliqa to ask about her research and work on domestic violence.

A HUGE Eagles fan, Saliqa braved the freezing temperatures with her best friend and kid during the very first Superbowl parade in her hometown of Philly in 2018. She even rocked green eye shadow for the occasion.

On the music side, Saliqa has interviewed, and written liner notes and bios for many Grammy-nominated and winning producers, artists and songwriters. She is an old school hip-hop aficionado and has a love of Kangol hats and old school Pumas alike. She can also hold her own as a battle emcee and poet.

Speaking of poetry, Saliqa was invited to perform her poetry at Howard University in February 2019 and is featured in several poetry readings for Great Day Washington. She continues to perform in and around Washington, D.C. area. Be on the lookout for her on an open mic near you!