Ariane Datil joined WUSA9 in March 2019 as a host/multi-skilled journalist.

WASHINGTON — Born and raised in Philadelphia, PA Ariane’s journey to the TV screen is certainly non-traditional.

After graduating from Wake Forest University with a degree in Communications and Spanish, Ariane decided to pursue her love of fashion full-time. Naturally, Ariane moved to New York City where she studied International Fashion Merchandising at the Fashion Institute of Technology (FIT). During her time at FIT, Ariane lived abroad in Florence, Italy for a year, lead her volleyball team to the national championship tournament and landed a position in the Executive Development training program at Macy’s. After three years of creating women’s wear with Macy’s, Ariane knew she wanted to find a way to combine her love of fashion and TV so she moved back home to Philadelphia to work for Urban Outfitters (UO).

During her time at UO, Ariane used every spare second she could find to work with MyNEWPhilly, a digital news media company in Philadelphia, to create content for her reel. In addition to covering fashion shows and doing restaurant reviews, Ariane produced and hosted Player Profiles, an interactive digital show where she interviewed Philadelphia’s favorite sports players, but NOT about sports. After a year of creating content for MyNEWPhilly, she was ready to make the jump to TV! 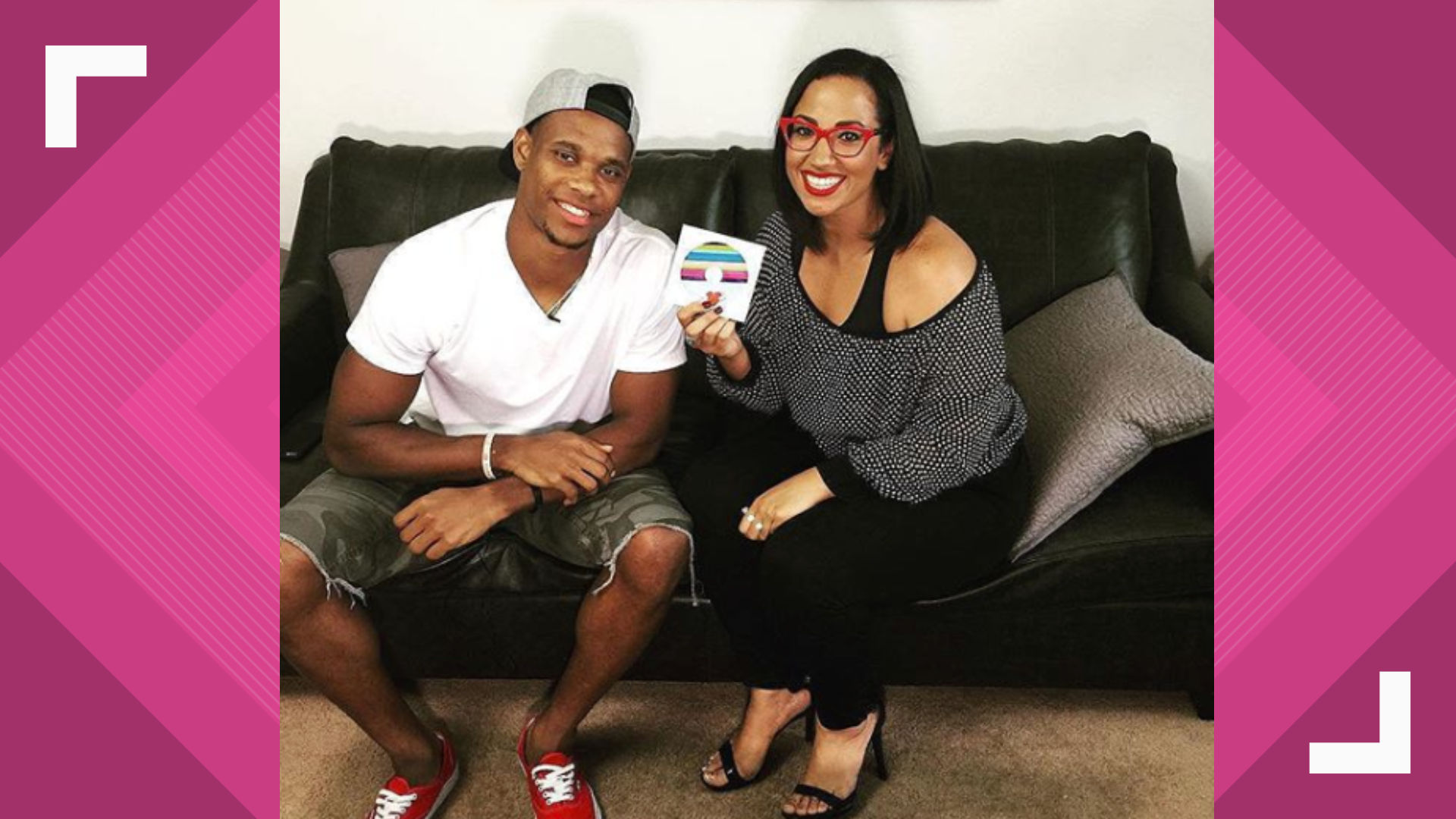 September 5, 2016 – it’s a date she’ll never forget. Ariane was hired as a general assignment reporter for the FOX affiliate news talk show: Chasing News. Covering stories in New York, New Jersey and Philadelphia, Ariane was able to make a name for herself telling stories with just a cell phone and GoPro. Just six months after starting with Chasing News, Ariane was given the opportunity to start her own pop culture talk show within Chasing News -- they named it, The Ariane Show. The Ariane Show was a traveling pop-up talk show (literally -- it was an inflatable set that could pop -up anywhere) that highlighted the movers and shakers in the area.

Always in search of the next challenge, Ariane knew she wanted to move to the west coast. Serendipitously, ABC10 was looking for someone just like her to create a new take on news content for the station - so it was a perfect fit!  Ariane became one of the hosts of the station’s 5-7 a.m. show: Morning Blend. On the show, Ariane presented the latest news about what’s trending on social media in NorCal and across the country. She also co-hosted Extra Shot a Facebook live talk show and the station’s daily Instagram stories.

Now in the nation’s capital, Ariane is joining the 7 p.m. newscast where she brings her infectious energy and knack for connecting with viewers on a personal level.

When she’s not at the station, she’s exploring the DMV’s amazing food scene and looking for her next pair of eye glasses! Fun fact: Ariane has a collection of prescription glasses that she color coordinates with her outfits every day. If you want to get a closer look at her glasses you can follow her on Instagram and follow her hashtag #TheDailyFrame. If you see Ariane walking around town, don’t be shy! She’s always excited to chat with viewers and, of course, give you advice on your next pair of frames!